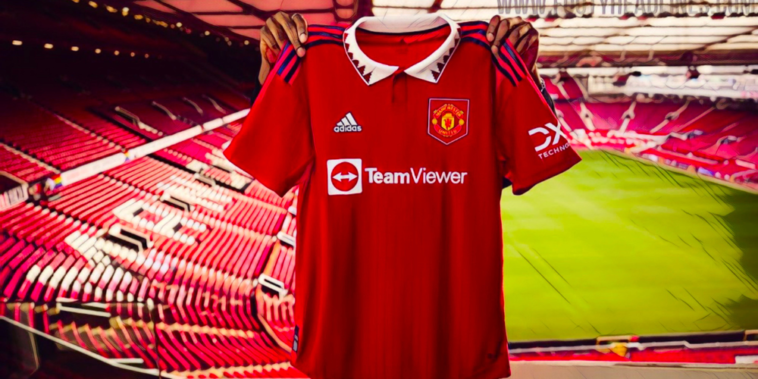 The German company will remain as the club’s shirt sponsors until a new agreement is reached, but United have confirmed the premature ending of the partnership in a statement.

“After a period of collaborative, private discussions over the past months, Manchester United and TeamViewer AG have reached a mutually-beneficial agreement under which Manchester United shall have the option to buy back the rights to the club’s shirt front sponsorship.

“Having agreed its partnership with TeamViewer at the height of the Covid-19 pandemic, Manchester United will be taking the opportunity to commence a focused sales process for a new shirt front partner in a normalised market.

“Once a new shirt front partner is selected and takes on this role, TeamViewer will continue as a valued member of Manchester United’s suite of global partners, providing Manchester United with remote connectivity solutions, until the end of the original contract term in 2026.”

According to the Telegraph, the discussions to end the deal have gone on for several months, with the German company having come under pressure from investors to terminate the agreement after being accused of ‘appalling judgement’.

United are currently up for sale after the Glazer family announced their intention to sell the club and the uncertainty surrounding the ownership could impact the search for a new shirt sponsor.