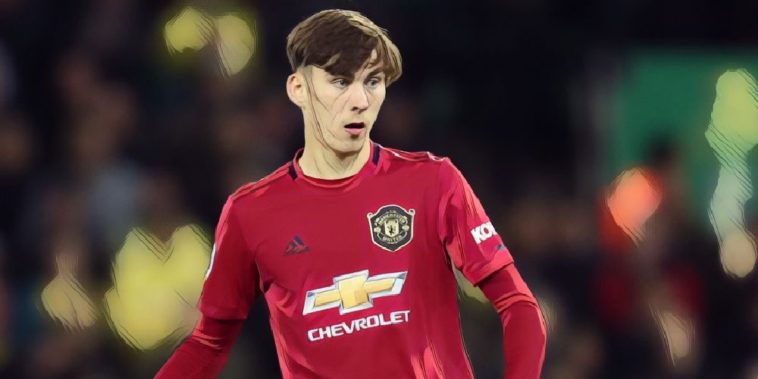 Manchester United midfielder Fred has praised the club’s emerging academy stars and has explained why he believes James Garner is the best of the young talent at Old Trafford.

Ole Gunnar Solskjaer has continued Manchester United‘s rich tradition of fielding academy graduates this season and has handed opportunities to several home-grown youngsters, with the likes of Mason Greenwood and Brandon Williams having thrived amid exposure to regular first-team football.

Fred has praised the club’s continued emphasis on developing academy graduates, and has described the next batch of Red Devils’ prospects as ‘great players, with a lot of potential for the future.’

“They are all great players,” Fred told Trivela.

“The club has an important role in using many academy players. It has this history of using the kids that come up from the academy, who turn professional and make history at the club.

“This process is important. They are great players, with a lot of potential for the future.”

Whilst Greenwood and Williams have featured regularly for Solskjaer’s side so far this season, one player who will be hoping for further involvement is Birkenhead born midfielder Garner, the 19-year-old having made just one substitute appearance in the Premier League during the current campaign.

Fred, however, believes it is only a matter of time before the teenager enjoys his own breakthrough after admitting Garner is the young player who has most impressed him since his arrival at the club.

“All are very good – they are not in this profession for nothing – but the player who impresses me most is Jimmy Garner.

“Not just because he is in the same position as me, but because he is a player who has an impressive vision of the game, and he has a huge future for United.

“In addition to his impressive game vision, he always plays with his head up, has an impressive shot and is an incredible passer. He is a player that I admire a lot.”