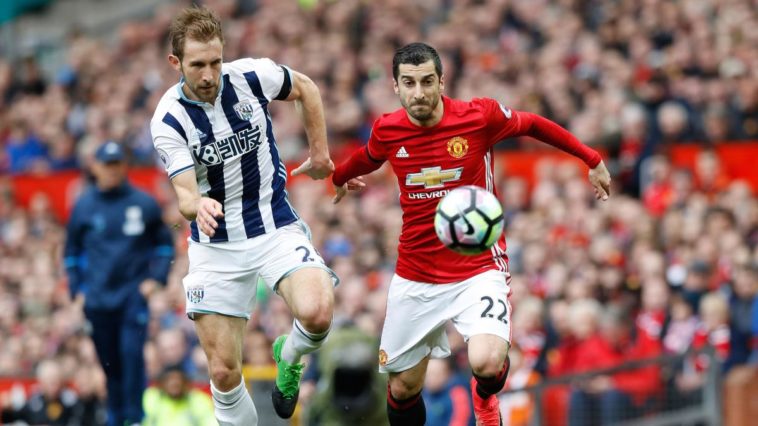 It was yet another dull, clueless and lifeless Old Trafford performance from Mourinho’s men. It was the Red Devils eighth home draw of the season. Credit must go to Tony Pulis and his West Brom team, who executed a perfect tactical plan for the game.

Here are five things we learnt at Old Trafford:

Marcus Rashford is not a striker

Many were surprised when Jose Mourinho shifted Marcus Rashford out wide at the start of the season. Today perhaps proved that Rashford’s best position is on the wings.

Manchester United lacked a presence upfront all game due to Rashford not performing the role of lone striker effectively.

Too many times he drifted out wide. He got in the way of the wide players and left a gaping hole in the striker’s position. No wonder United couldn’t score a goal at Old Trafford yet again, when their striker isn’t even playing in the correct position.

Another notable feature of Rashford’s play was how many times he vacated the forward areas to drop deep for the ball. It was baffling to see a player like Rashford coming deep to receive the ball to feet. His pace leads you to think he should be playing on the shoulder of the defender looking to get in behind.

Darren Fletcher’s still got it

Coming back to the club where he made his name was always going to be big for Darren Fletcher. The Scotsman has been revitalised at West Brom under Tony Pulis. He put in yet another commanding performance against his former team.

Whether on the ball, under pressure, Fletcher was comfortable throughout the game. He nearly scored the winner for his team with a thunderous long range shot in the dying embers of the game.

Manchester United have no identity in their style of play

In yet another bore draw at Old Trafford it was once again evident that Manchester United have no real style of play.

Once again Mourinho’s team were aimless in their approach and are very quick to resort to desperate measures so early in the game. It is quite possible that United broke the record for crosses they achieved under David Moyes against Fulham. So often it was a case of crosses just being slung into the box despite United having no one in the box and the fact that West Brom are notoriously a tall team.

The players at times were clueless, what are Manchester United looking to achieve in their style of play? I don’t think anyone knows.

At the time, few complained when Manchester United sold Johnny Evans to West Brom. However, after today’s performance from the Northern Irishman, many may re-think their opinions on Johnny Evans.

Throughout the game the United old boy was dominating at the back. He was able to keep United’s insipid attack at bay throughout.

Considering the unreliability of Phil Jones and Chris Smalling for United this season, both in terms of performance and injury record, it does make you think whether United made mistake on Johnny Evans.

Exiled for most of the season under Jose Mourinho and today left out of the 18 man squad despite the current injury crisis. Ashley Young was preferred to Shaw at left back for the game against at West Brom.

It is a damning indictment of Luke Shaw’s situation that a winger is preferred to him in his position. The fact there is no place for him in the squad only rubs salt in the wounds. It is a sad situation for Luke Shaw.

With speculation that United are looking at Monaco’s Benjamin Mendy to sign this Summer, it looks like the only way is out for Shaw. It is even more disappointing given the fact that Luke Shaw hasn’t been given a real chance this season.

We are currently looking for Manchester United and West Bromwich Albion fans to join our rapidly expanding team of writers. If you are interested, please enquire about joining our team.