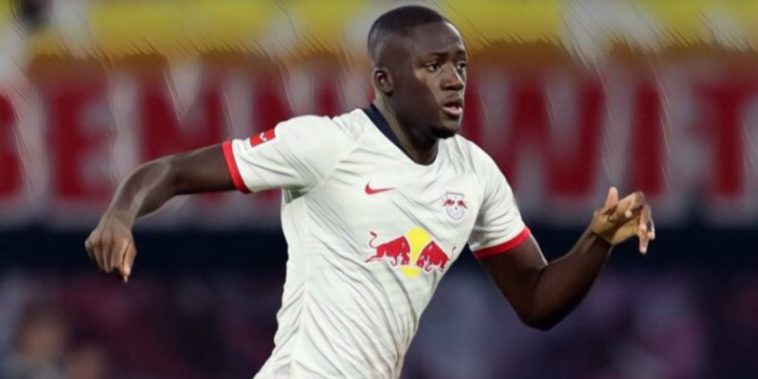 Manchester United are stepping up their efforts to sign Dayot Upamecano from RB Leipzig, as the club begin to make a breakthrough with their summer transfer business.

It’s proven a frustrating window for the club’s supporters so far with negotiations over a deal for Borussia Dortmund winger Jadon Sancho having failed to progress sufficiently, the Bundesliga side’s demands for a British transfer-record fee and the winger’s reported salary demands halting the potential move.

United have, however, agreed terms with Ajax for the transfer of Netherlands international Donny van de Beek, with the midfielder expected to complete a £40m switch to Old Trafford in the coming days and become the Red Devils’ first major signing of the summer window.

According to ESPN, Solskjaer’s attentions have now turned to strengthening his backline and finding a long-term partner to club captain Harry Maguire at centre-back, the club’s top target emerging as the hugely promising Upamecano.

The Frenchman starred during Leipzig’s surprise run to the semi-finals of the Champions League and is regarded as one of the best young defenders in world football, the 21-year-old having attracted attention from several of Europe’s leading sides following his performances since moving to Germany.

Upamecano recently signed a new contract at the Red Bull Arena which is believed to have a release clause of €42m, though this can only be triggered at the end of the 2020/21 campaign and it remains to be seen whether Leipzig are willing to sell their prized asset this summer.

Solskjaer remains unconvinced by his current options with neither Victor Lindelof and Eric Bailly having produced performances of consistency, whilst the club are open to offers for unwanted trio Chris Smalling, Marcos Rojo and Phil Jones.

United will miss the Premier League’s opening weekend following their European exploits before facing Crystal Palace at Old Trafford on September 19, though Solskjaer will have until October 5 to add to his squad with a delayed closure to the transfer window.