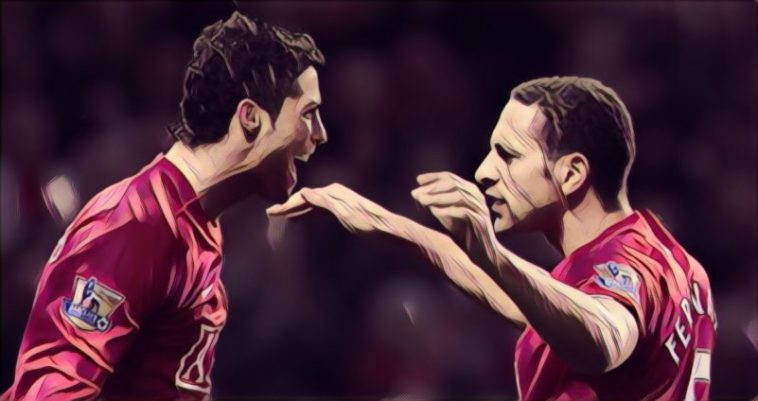 Former Manchester United and England Rio Ferdinand has admitted that he is in awe of his former team-mate Cristiano Ronaldo and that he feels like a fanboy when talking about the Real Madrid superstar.

Ronaldo put in a sensational performance during Portugal’s opening World Cup fixture against Spain last Friday, scoring a memorable hat-trick in a 3-3 draw.

Ferdinand and Ronaldo enjoyed six trophy laden seasons together at Manchester United between 2003-2009. Ferdinand has since gone on to forge a career in TV punditry and he is quite often asked about his former team-mate, with the 39-year-old always quick to point out that Ronaldo has achieved what he has achieved in the game because of his ultra professional approach:

“I feel like a fanboy, if I’m honest, the way I talk about him,” Ferdinand told the BBC.

“What you try and reiterate to people is that he is just a ridiculous professional.

“Take the talent and put that to one side. You can have so much talent, but the mentality is key to everything about Cristiano Ronaldo.

“To sustain that level for so many years, across 10-12 years, five Ballon d’Ors, winning all these trophies that he’s got, to do that you need a particular mentality, the drive, the determination to year on year improve.

“That’s what sets him apart, that’s what makes him special.

“He was the first person I saw employing nutritionists, a doctor, a personal physio, a chef.

“They came and lived in his house, he lived up the road from me, a couple of doors up.

“Going to his house was like a carnival, people walking around and I used to think ‘wow, what’s going on here?’.

“But he invested in himself to become the best in the world and he left Manchester United as the best player in the world.”