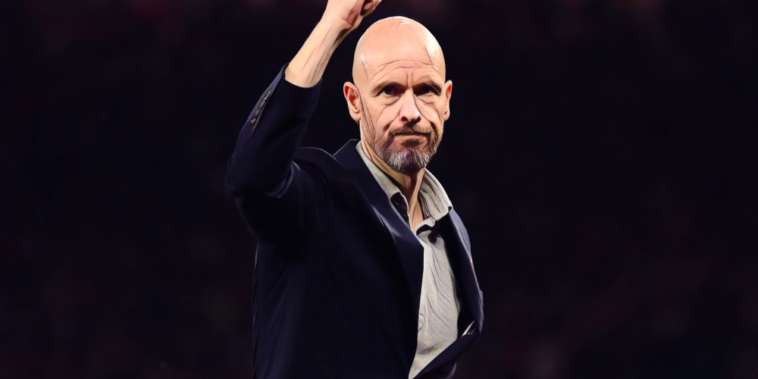 John Murtough has opened up on the ‘unity that Erik ten Hag has brought to Manchester United and the club’s decision to appoint the Dutchman as manager.

Ten Hag was named as the Red Devils’ head coach during the summer after an impressive spell at Ajax and has overcome a difficult start to show signs of progress.

United have won six of their last seven games in all competitions and Murtough believes there has already been clear signs of ‘unity’ and improvement during Ten Hag’s opening months in charge at Old Trafford.

“After a thorough search and due diligence process, it was clear to us that Erik was the strongest candidate, based on his outstanding coaching record, his commitment to the proactive, attacking football we want to play, and the vision and ambition he showed for the role,” Murtough said, as per the club’s official website.

“There is still a long way to go, but we have already seen, during his first four months in charge, an increased unity, focus and drive that bodes well for the future.”

Ten Hag was backed in the summer transfer window with only Chelsea exceeding the Red Devils’ spend of around £214m. The club’s recruitment drive included the arrivals of Antony, Casemiro and Lisandro Martinez for large fees and Murtough insisted that the board will continue to back Ten Hag in the coming windows.

“We will continue to support Erik in ensuring he has players with the right quality and characters to achieve success, while ensuring that investment remains consistent with our commitment to financial sustainability.”