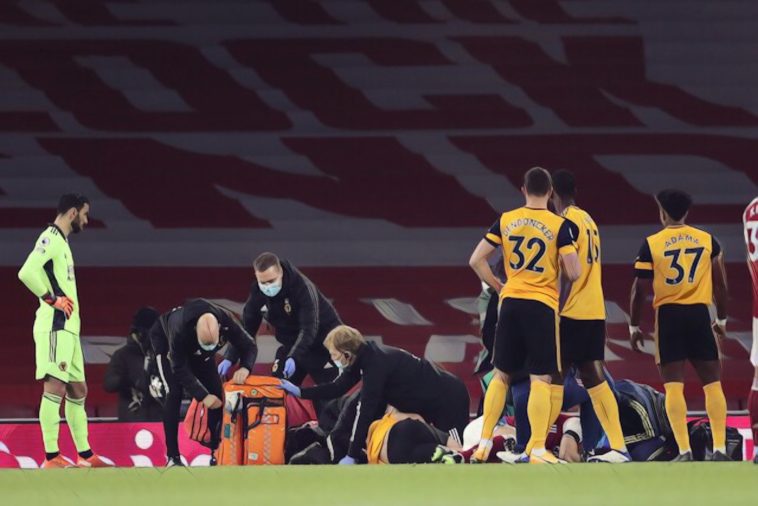 Jimenez has undergone an operation after sustaining a fractured skull in an accidental collision with Arsenal defender David Luiz on Sunday evening, the Mexican international stretchered off in worrying scenes after laying motionless on the pitch.

The 29-year-old was immediately rushed to hospital and will remain under observation for a few days following his operation, with Wolves releasing a statement revealing the star is ‘comfortable’ following the procedure.

Ederson has now revealed his concern for Jimenez – who he played alongside at Benfica – after watching the incident unfold on television, before calling for changes to the game’s laws regarding head injuries and substitutions.

“I was very worried, I was watching the game. I played with Raul Jimenez at Benfica,” Ederson told the media ahead of City’s UCL clash with Porto tomorrow.

“I think all the concern and care is very important. It is a part of the body that needs special attention.

“When there is a blow to the head there should be a substitution, whether the player can continue or not. You could be feeling OK but after you could feel the consequences.

“It wasn’t intentional, but we know the risks of a head injury. I hope he recovers quickly and is back as soon as possible.”