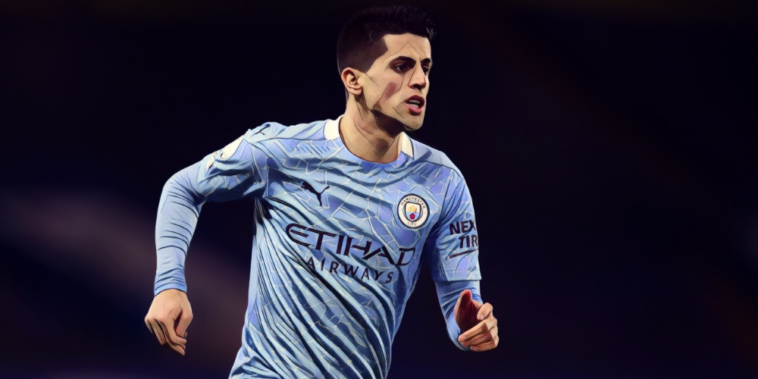 Manchester City defender Joao Cancelo has named a Chelsea winger as the ‘most difficult’ opponent he has faced during his time in the Premier League.

The Portugal international joined the club from Juventus back in August 2019, in a deal that saw fellow full-back Danilo move in the opposite direction to the Serie A giants.

After a difficult first season in which he struggled to earn regular minutes, the 26-year-old has been a revelation this term and has already made more appearances this season than he did in the 2019/20 campaign.

The versatile right-back has become one of the first names on the teamsheet due to his sparkling displays in recent months and has shown his capability to slot in comfortably either on the left or right of the defence.

Cancelo has become a real creative presence from full-back and is often seen drifting into a midfield role during games, with two goals and four assists to his name in all competitions this season.

Not only a threat going forward, Cancelo has also been prominent to a new-found defensive solidity at the back, with the arrival of compatriot and fellow Benfica graduate Ruben Dias having been key to their rise to the top of the table.

Having been producing such good displays of late, the full-back has rarely been bettered by an opposition winger, although has now revealed his choice as his toughest opponent since moving to England.

“I usually chat with my teammates about it,” he told Star Sports. “It may sound strange but for me, the most difficult winger I have faced in the Premier League is Pulisic from Chelsea.

“He is a very skilful and fast player with the ball with quick dribbles.

“So for me, he is the most difficult winger I have played.”