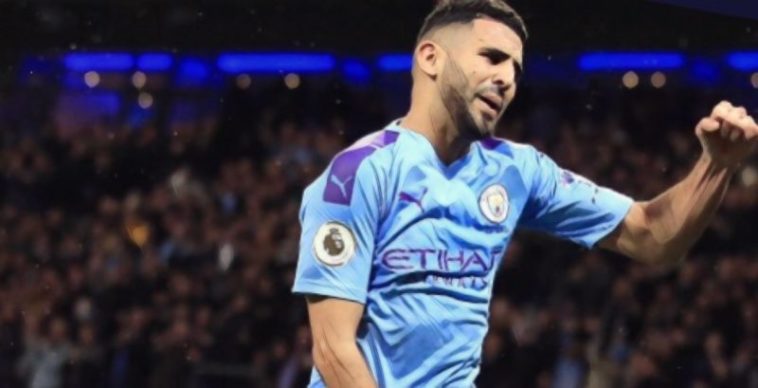 Manchester City made history during their 5-0 thrashing of Newcastle at the Etihad, with Riyad Mahrez’s goal against the Magpies setting a new goalscoring landmark for Pep Guardiola’s side.

City returned to winning ways with a comprehensive victory over the hapless visitors on Wednesday evening, goals from Gabriel Jesus, Mahrez, David Silva, Raheem Sterling and a Federico Fernandez own goal strengthening the club’s grip on second place.

Mahrez doubled his side’s advantage after 21 minutes to score his tenth league goal of the campaign, the Algerian’s effort meaning that City became the first team in Premier League history to have five different players reach double figures for goals in a single campaign.<

Mahrez joined Sergio Aguero (16), Raheem Sterling (14), Kevin de Bruyne (11) and Gabriel Jesus (11) to score ten or more goals, the first time any side has managed the feat since Everton during their title-winning campaign of 1984/85.

City’s five-star showing against Newcastle continued their hugely impressive recent record at the Etihad, the club having scored 17 goals without reply in just four home fixtures since the Premier League’s restart.