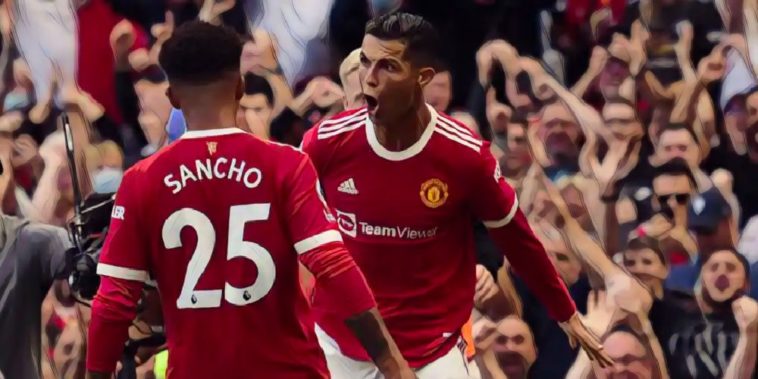 Luke Shaw has backed Jadon Sancho to come good and says Cristiano Ronaldo has ‘raised the levels’ at Manchester United.

Sancho has struggled to make much of an impact since his £72.9m move from Borussia Dortmund during the summer, failing to register a single goal or assist across nine appearances for the Red Devils so far this season.

Gareth Southgate last week admitted that the 21-year-old was fortunate to earn selection in the England squad for this month’s international break based on his current form, but Shaw has backed his teammate to come good and says Sancho has been ‘working extremely hard’ as he bids to ignite his career with Manchester United.

“He’s training really well and looking really sharp. He just hasn’t had that bit of luck that sometimes you need for your first goal or first assist. But I’ve got no doubt in my mind, it’s coming.

“The talent he has is unbelievable, he can go right to the very top. It’s just about him staying focussed, keep doing what he’s doing in training and working hard.

“His time will come.”

Shaw also discussed the impact that Cristiano Ronaldo has had on the squad since his arrival from Juventus during the summer, the five-time Ballon d’Or winner having hit the ground running since returning to Old Trafford, scoring five goals.

The left-back admits that Ronaldo’s drive and dedication has had a positive impact on the squad and says the 36-year-old is an example for his teammates to follow.

“He’s definitely raised the levels,” Shaw added. “I think there’s no question why he’s been one of the best players in the world over the last ten years.

“The way he conducts himself, the standards he sets, and his mentality is one of the best I’ve ever witnessed.

“It’s only good for us as teammates to be surrounded by someone like that, who will only raise the bar. We need to follow that. Everywhere he goes, he wins, and that’s why – because the standards he sets are so high.

“We need equal those standards and push in the right direction with him and as a team.”