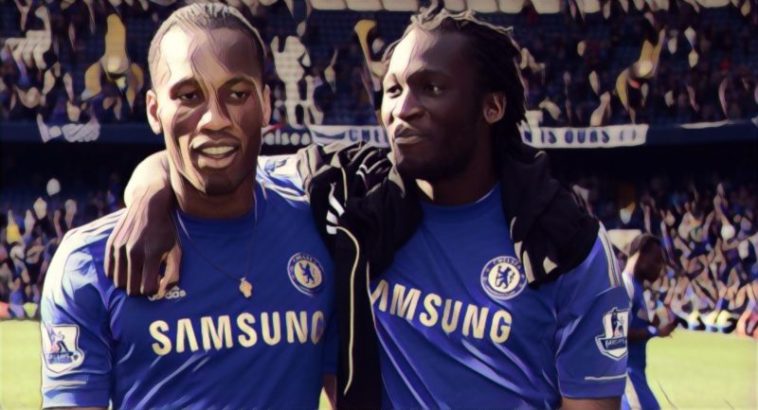 Manchester United star Romelu Lukaku has revealed that he regularly receives mentoring from three of the Premier Leagues greatest ever strikers.

The 25-year-old is renowned for his constant drive to improve and he has admitted that he is constantly seeking advice from all-time greats of the English top flight; Thierry Henry, Didier Drogba and Nicolas Anelka.

Lukaku revealed that he all three of these strikers were his idols when he was growing up and he admits that being schooled by ex-players of this calibre is hugely beneficial.

The Belgium international is particularly close with former Chelsea teammate Drogba, who he talks with about his progress on a daily basis.

“At the World Cup, he was at the hotel almost all the time. Can you imagine at the hotel for the World Cup, where we were staying in Russia, I had Thierry there and Didier here and I had to sit here and take everything in: ‘You did this wrong and you did that wrong, but this you did OK…’

“They know I accept it because I really want to have the same career as they had.

“They can be as hard as they want, but I take it because I really want the same thing. Sometimes when I see Nico as well, those three are the guys when I grew up, they were like my everything.

“For me to have them sharing their experience with me, I take everything in. Even if they’re trying to knock me off, it’s no problem. Those guys, they have what I want and they tell me all the time ‘you are dangerous, because you are stronger than we were’ and I debate about pace with Thierry all the time!

“To be schooled by Thierry, Didier and Nico is the best thing that’s happened to me.”