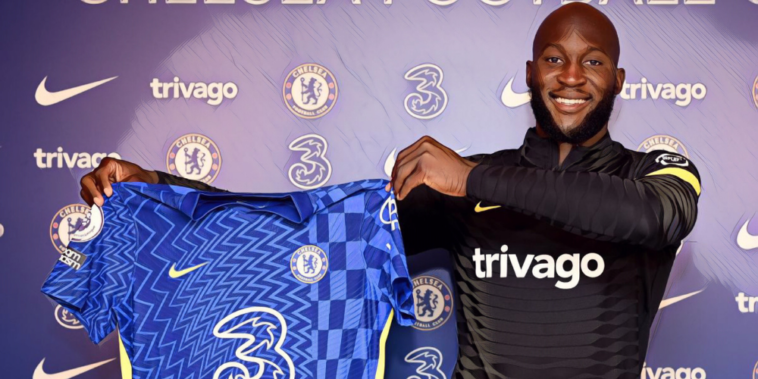 Romelu Lukaku has revealed he take on the Chelsea number nine shirt this season and has explained how he has improved since his previous spell in the Premier League.

Lukaku completed a £97.5m move to Chelsea last week and is line to make his debut in the club’s Premier League clash with Arsenal this weekend, having returned to English football following two seasons at Inter Milan.

The Belgium international has revealed he will wear the number nine shirt left vacant by Tammy Abraham’s departure to Roma and admits he is relishing his return to the Premier League.

“I have got the No.9 and I am very happy and very fortunate to be in the situation,” he told his official press conference.

“It is good to be back. As a footballer, you fight to achieve your dreams. I’m here now can’t wait to be on the pitch and perform with my teammates.”

Lukaku believes his spell with Inter Milan has improved him as a player, having scored 64 goals in 95 appearances across his two seasons at the San Siro.

The 28-year-old was named as Serie A’s Most Valuable Player following Inter’s title success last season and believes he has improved from a technical and tactical aspect after experiencing a new footballing culture compared to his previous spell in the Premier League.

“Maturity has been important,” he said. “I think I’ve learned much more about myself, setting higher standards for myself. As a player, it’s been about becoming more complete as the game in Italy is more different.

“The spaces are tighter, it’s more technical and tactical, and that helped me a lot. The English game is different but for me, it’s not something new. So it’s a case of getting back here and adapting to my teammates and whatever game plan the coach has to help the team.”

Lukaku signed for Chelsea as a teenager but made just 15 goalless appearances before leaving for Everton in search of regular football, but returns seven years later established as one of Europe’s best centre-forwards.

The summer signing has outlined what he believes he will provide to the side this season and says ‘communication’ with his teammates will be vital to their chances of a successful campaign.

“For me, it is about communication. I am a guy who is very open-minded. I always ask my teammates questions about what they want, what they expect from me, where I can help them, where would I like the ball.

“I think the next couple of weeks are very important for me to communicate to the players around me and to be open with the mindset that we have a certain playing style. For me, it isn’t too much to adapt to because we play the same system in the Belgium national team.

“That’s already a good thing but at the end of the day it is about communicating, knowing their characteristics and what they like and I will adapt to find a way to help the team.”