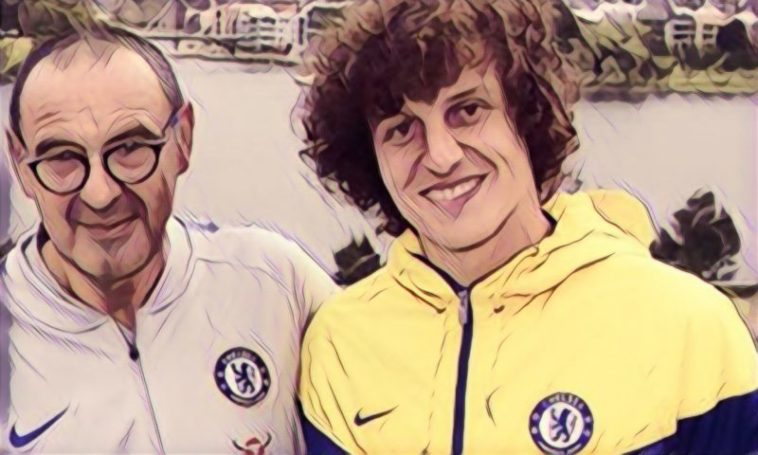 David Luiz has insisted that the current Chelsea players still believe in Maurizio Sarri’s methods, despite the chastening defeats to Bournemouth and Man City in their last two Premier League away days.

Chelsea were on the end of humiliating defeats in both games, losing 4-0 against the Cherries, before being on the end of a 6-0 hammering by Man City last weekend, results which have seen them fall out of the Premier League‘s top four.

One of the big quandaries for many onlookers has been why Sarri has opted to move N’Golo Kante – widely regarded as the best defensive midfielder in the world – into a more advanced position in order to squeeze in his £57m summer signing, Jorginho.

While Maurizio Sarri’s so-called ‘Sarri-ball’ style of football was much heralded over in Serie A during his spell with Napoli, it has come under plenty of scrutiny upon its arrival in England, as the Italian struggles to convert his side’s dominance of the ball into a real cutting edge.

However, with Chelsea seemingly struggling to adapt to their manager’s style of play, Blues defender David Luiz has insisted that all of the players are on board with the Italian’s philosophy.

“We have had many meetings already asking if someone doesn’t believe,” Luiz told the Press Association.

“They can say. Nobody said anything. It’s because everyone believes [in it].”

Chelsea host Manchester United in the fifth round of the FA Cup on Monday evening, a repeat of last years final which the West London club ran out 1-0 winners of, courtesy of an Eden Hazard penalty.