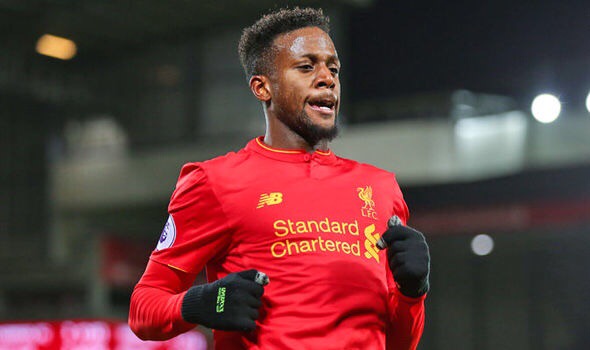 Liverpool striker Divock Origi is being linked with a move to Wolfsburg.

The Bundesliga club are believed to be interested in signing the Belgian international on a season long loan, and are willing to pay a ‘substantial loan fee’ to secure his services.

Origi has been linked with a number of this club’s this summer after falling down the pecking order at Anfield. He has only made one appearance for the club this season, in the opening weekends 3-3 draw against Watford. He has since been left out of subsequent squads, while Daniel Sturridge and Dominic Solanke have made the bench.

Tottenham and Newcastle have been linked with a move for the former Lille striker, but Liverpool would prefer the striker moves abroad, with Wolfsburg hopeful a deal can be done before Thursday’s deadline. German clubs have until just 5pm (UK time) to complete their deals.

It could also be an indication that a move for Monaco midfielder Thomas Lemar is not going to happen this summer. Origi is believed to have been offered to the French Champions in exchange for Lemar, as well as a fee of €80million. However, with Origi edging closer to Germany, it could mean that Liverpool know that they will not be moving to Merseyside soon.

They have now turned their attentions to Alex Oxlade Chamberlain who has turned down a move to Chelsea with the hope of securing a move to Anfield where he would play more regularly and in his preferred central midfield role.