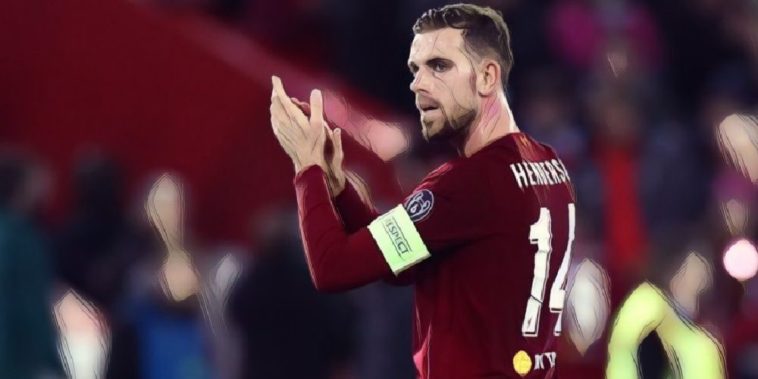 Jordan Henderson insists Liverpool remain in a ‘decent position’ to reach the last-16 of the Champions League, despite being held to a 1-1 draw by Napoli at Anfield on Wednesday night.

Jurgen Klopp’s side missed the opportunity to seal their progress to the knock-out stages of the Champions League after a below-par performance, Dejan Lovren’s header salvaging a point after Dries Mertens had fired the visitors ahead in the first half.

The result means the European champions remain top of Group E but head to Red Bull Salzburg in their final group game needing a result to ensure their progress, though Liverpool skipper Henderson admits his side are still in a strong position to qualify with their fate remaining firmly in their own hands.

“We’d have liked to have won tonight to finish the job off. Napoli made it difficult. We’re still in a decent position,” Henderson told BT Sport.

“They’re a good team with good players. There were times when we played good stuff. We were searching for the second one but couldn’t find it.

“In the second half I thought there was only one team who was going to win. There was a question of a foul – you probably know better than me.”

Liverpool return to Premier League action this weekend when they host Brighton at Anfield, the club looking to continue their unbeaten start to the league season and maintain their eight-point advantage at the top of the division.