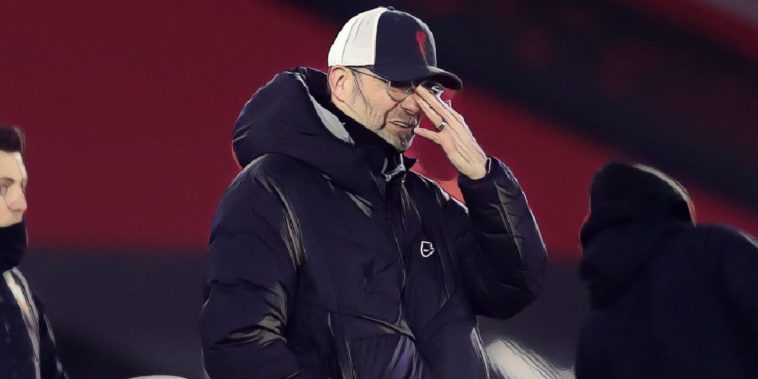 Liverpool’s hopes of retaining their title were dealt a blow as Danny Ings came back to haunt his old side to earn a 1-0 win for Southampton.

Southampton wasted no time in taking the lead, a second-minute free-kick into the channel being misjudged by Trent Alexander-Arnold who messed up his clearance, with Ings nipping in behind his England teammate before steering a sensational lobbed effort over the head of Alisson.

Liverpool had come into the game following back-to-back draws against Newcastle and West Brom, though Ralph Hassenhuttl’s side played with much more adventure than either of those, and could have been two or three up going into the break, with Jurgen Klopp’s side distinctly off the pace.

They did, however, come out of the blocks strongly after the break and forced the Saints into some resolute defending, though for the second game in a row, they were unable to find a way through, the champions being guilty of some wayward finishing at times with their first shot on target not coming until the 75th minute.

Speaking afterwards, Jurgen Klopp was critical of his side, saying they looked ‘surprised’ about the way Southampton played.

“What was disappointing? How long have we got – the start obviously,” he told the BBC. “Not only the goal but the start in general. Congratulations to Southampton they deserved it.

Points dropped by Liverpool this season — 18

Miles off their 19/20 standards. 👀 pic.twitter.com/wLuzhObDiq

“You know exactly what you are going to get from them, you cannot be surprised but we looked surprised. At the beginning how we played, where we lost the balls, it’s not rocket science. We should have done much better. We played into their hands with the start.

“They put a lot of work in. Our decision making was just not good. That is how it is when you don’t have momentum. We should have had much more chances.”

While he was less than satisfied with his side’s performance, the German did feel that they could have been awarded a penalty or two.

“These are outstanding players but they were not ready from the start. Sadio Mane should have had a penalty tonight, and there was the handball – I’ve no idea,” Klopp added.

“It’s not an excuse for the performance but you can get a point if they are given. Now we have to show a reaction.”

The result keeps Liverpool top of the Premier League, level on points with Manchester United, though the Old Trafford outfit now have a game in hand.

See also – Premier League Team of the Week for Gameweek 17