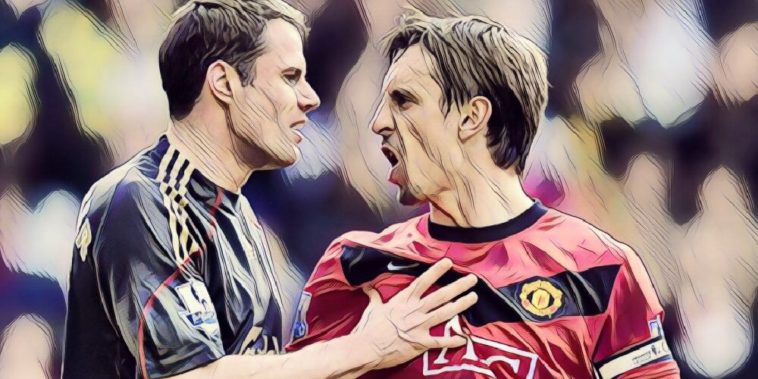 This Sunday, two of the biggest clubs in world football lock horns in the Premier League once again. Liverpool v Manchester United is a fixture with a rich history, framed by a rivalry that transcends the sport.

This season however, United find themselves in a position Liverpool fans became all too painfully familiar with during their dark years between 2010 and 2015. For much of that time, Liverpool were far too inconsistent to be in the mix for anything serious, making their ties with United, more a matter of pride than anything else.

Manchester United‘s much-maligned form this season has seen them fall down the table and out of all serious contention. Barring a phenomenal turnaround in 2019, the top four looks beyond them. They now find themselves on ground that Liverpool fans will know all about, and it could, in spite of their poor form, fuel them on in this clash between titans.

With points to claw back and rivals racing away, United come into this most historic fixture in much the same way Liverpool had under Hodgson, Dalglish and Rodgers. They come to Anfield looking for a win or draw that will hurt their rivals but do little for their own ambitions.

Anything but a victory for Liverpool will hinder them in their tussle with City at the top of the league. United will know this and their supporters will be desperate for a win that will damage their rival’s long-term chances of Premier League glory.

In a strange way, despite the enormity of the club he manages, the pressure is slightly off Mourinho. He will need to avoid yet another morale-sapping defeat for sure. But not many United fans will be confident going into this one.

This pessimism and the altered dynamic between the two clubs sets the match up beautifully for Sunday tea time.

Mourinho is a dangerous man in these hardy circumstances. He seems to relish a siege and loves upsetting the odds. His tactical forte of absorbing pressure and releasing a direct counter-attack can be tedious to watch but it has often carried him through in big games and occasions.

Liverpool will need patience and concentration if they are to break through United’s dense lines. They will also need to be alert to a dangerous threat on the break from Mourinho’s men who should need no motivation on the day.

Klopp’s record against United will need to dramatically improve as well. Of all the teams he has faced in the Premier League since his appointment, The Red Devils have caused him the most angst. In fact, he is yet to beat Liverpool’s old enemy in the league, managing only a solitary victory back in 2016, in the Europa League.

To top it all off, Liverpool’s unbeaten record will also be in Mourinho’s sights. If it is them that inflicts a painful first Premier League defeat of the season on The Reds, you can bet your bottom dollar the Portuguese will revel in the achievement. Mourinho backed into a corner is something everyone should be wary of.

United fans would hope that a positive result will be the galvanizing force for their campaign in 2019. Going to Anfield as underdogs will hurt their pride, but should add an extra gear to their game.

However, the reality they face after this game, if they do manage an upset, is, again, one Liverpool fans will know all about.

A good result at Anfield won’t heal their problems. They are already desperately making up ground on their top six rivals. While the euphoria of a good result would be enjoyed, the grim reality is, they will still be miles behind where they should be.

For 90 minutes on Sunday though, this will count for nothing, as the old rivals will once again be on the centre stage of world football. The dynamics may have shifted, but that old bitterness and rivalry is still as strong as ever.

CHECK OUT OUR MATCH PREVIEW AND KEEP UP WITH THE MATCH IN OUR BRAND NEW LIVE CENTRE.