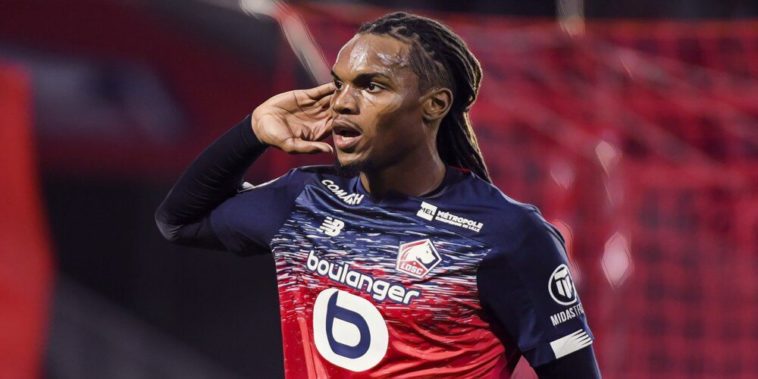 Liverpool have reportedly identified Renato Sanches as their ‘number one target’ to replace Georginio Wijnaldum should the midfielder leave the club.

Wijnaldum has entered the final months of his contract at Liverpool and has so far failed to agree terms on an extension, with the Netherlands international permitted to speak to foreign sides regarding a pre-contract agreement from next month.

Barcelona have been strongly linked with the player with Ronald Koeman understood to be keen on a reunion with his compatriot, having worked with Wijnaldum during his time in charge of the Dutch national side.

Jurgen Klopp has spoken of his desire to keep the 30-year-old at Anfield beyond the end of the season, though according to Le10 Sport, the Reds have made plans in the event of his departure.

Heading a list of potential transfer targets is Lille midfielder Renato Sanches, who has rebuilt his reputation in France following a difficult spell at Bayern Munich.

The 23-year-old was named as the 2016 Golden Boy after helping Portugal to European Championship success, but his career stalled after a big-money move to Bayern and he memorably endured a forgettable loan spell at Swansea – failing to adapt to the pace and physicality of the Premier League.

Klopp, however, is reported to be an admirer of the player and believes the encouraging signs Sanches has shown at Lille could see him fulfil his huge potential on Merseyside.

Lille are unlikely to prise with the Portuguese midfielder easily, with president Gerard Lopez having revealed the club rejected an offer of €70m for the player during the summer transfer window.