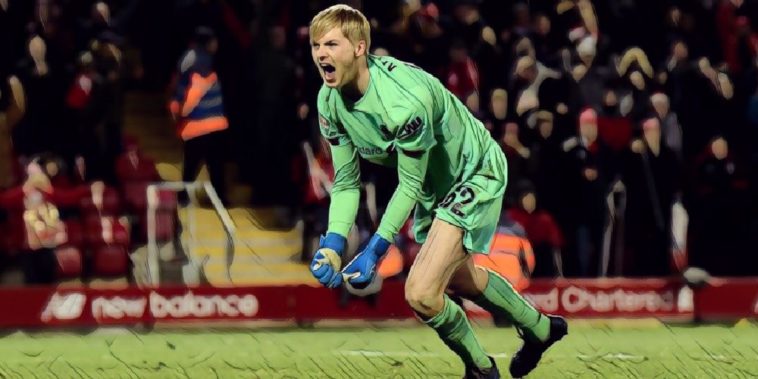 Caoimhín Kelleher admits he did his penalty ‘homework’ after the goalkeeper proved the hero in Liverpool’s shoot-out victory over Arsenal in the Carabao Cup on Wednesday night.

A breathless fourth-round tie remarkably finished 5-5 at Anfield to send the contest to penalties, with Kelleher proving to be the hero with the only save of the shoot-out, keeping out Arsenal‘s Dani Ceballo to seal Liverpool‘s progression to the quarter-finals.

The Irish youngster made a surprise start as Jurgen Klopp opted to field several of the club’s best young talent in a heavily rotated side, and the 20-year-old admits it was a ‘crazy’ night as the two sides exchanged 10 goals in an end-to-end encounter.

Having trailed for much of the evening, Divock Origi’s stoppage-time equaliser forced the game straight to penalties and Kelleher has revealed his pre-game work paid dividends as he guessed right to save from on-loan Real Madrid man Ceballos.

“Obviously we do a lot of work with the goalie coach and on penalties and stuff, and I spoke just before the shootout about where certain players were going, so we’ve done our homework and I’ve managed to go the right way and make the save, so it was good yeah,” Kelleher told Sky Sports.