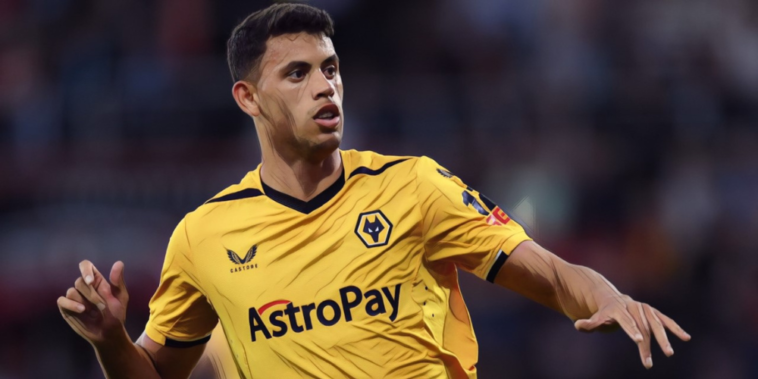 Liverpool are exploring a deal to sign Matheus Nunes after interest in the Wolves midfielder last summer.

Nunes signed for Wolves last summer from Sporting Lisbon after previously being linked with a move to Anfield. Jurgen Klopp wants to add at least two new midfielders to his options across the next two transfer windows and is understood to be ready to reignite the club’s interest in Nunes.

The Telegraph are reporting that Liverpool ‘made a commitment’ to bid for the 24-year-old after missing out on a transfer last summer, when the midfielder joined Wolves in a £38m club-record deal.

Manchester City also scouted Nunes during his time in Portuguese football, with Pep Guardiola having hailed the midfielder after a Champions League meeting between the clubs on February, calling the then-Sporting star ‘one of the best players in the world today’.

He has struggled to live up to expectations during a slow start in the Premier League that has been impacted with fitness issues, but the Reds remain interested in a deal for a player who was tracked extensively at Sporting.

Any deal would likely wait until the summer and Nunes would be expected to cost Liverpool a fee of around €50m (£44m). Relations between Liverpool and Wolves are understood to be strong after the negotiations that saw Diogo Jota leave Molineux for Merseyside in September 2020.