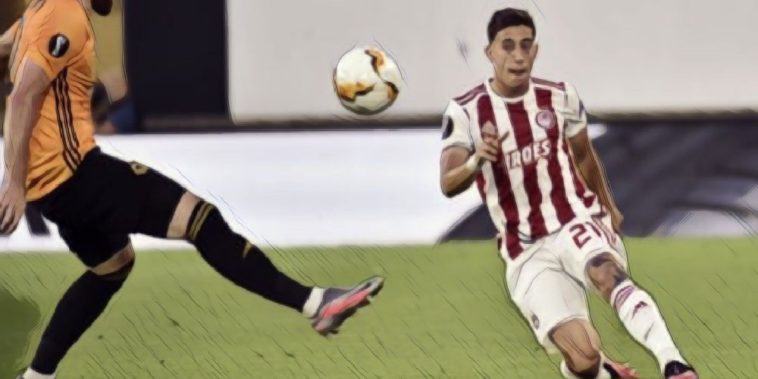 Liverpool are closing in on their first signing of the summer transfer window after agreeing a fee of £11.75m for Olympiakos full-back Kostas Tsmikas.

The Premier League champions had made the signing of a left-back a priority this summer given a lack of specialist competition and cover for Andy Roberton, with the Reds having seen a bid for Norwich City’s Jamal Lewis rejected last week.

Liverpool were unable to agree a fee with the Canaries despite their relegation into the second tier, their £10m opening offer some way short of Norwich’s £20m valuation for the Northern Ireland international.

Jurgen Klopp has insisted that Liverpool’s spending will be minimal this summer given the financial impact of the coronavirus pandemic, the club unwilling to meet the asking price for Lewis – a player who will essentially play a back-up role to Roberston – in the current climate.

The breakdown in talks has now seen Klopp and his recruitment staff move to alternative targets and a fee has now been agreed for the 24-year-old Tsimikas, who is expected to head to Merseyside to complete the formalities of a four-year deal worth £50,000-a-week.

According to the Liverpool Echo, the Greek international first came to Liverpool’s attention several seasons ago, with the club having since monitored the player after being impressed by his performances during a loan spell at Dutch side Willem II.

Meanwhile, Tsimikas’ move to Anfield will also come as a blow to Leicester, the Leicester Mercury reporting that the full-back had been on Brendan Rodgers’ list of potential replacements for Ben Chilwell, the England international having been strongly linked with moves to both Chelsea and Manchester City.

The full-back made 46 appearances for Olympiakos last season and provided seven assists, Liverpool believing Tsimikas represents the best deal in terms of profile and value, with the Reds having also considered moves for Real Madrid’s Sergio Reguilon and Bournemouth’s Lloyd Kelly.