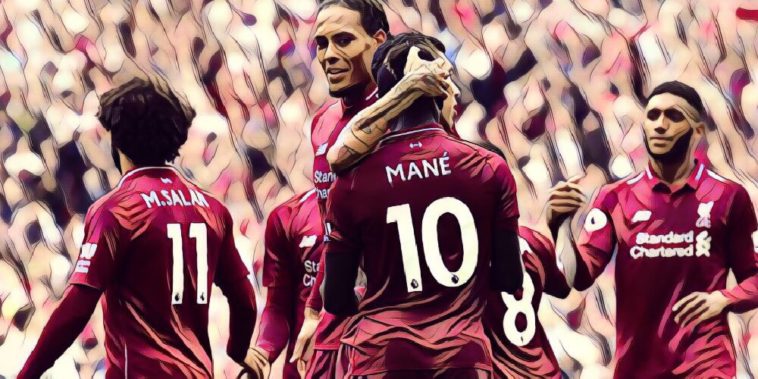 Liverpool cruised to a comfortable 4-0 home victory over West Ham on the opening weekend of the Premier League season.

The Hammers defence needs to improve

It was never going to be easy for West Ham to start their league campaign at Anfield but Manuel Pellegrini’s first game in charge of the Hammers quickly turned into a disaster, thanks to some terrible defending and naïve tactics.

West Ham defended with a very high line and were continually caught out by Liverpool’s fast, attacking play. Playing away at Anfield should be a damage limitation exercise, but West Ham persisted with their misjudged style of play and could have easily lost by six or seven.

Luckily West Ham doesn’t have to play Liverpool every week, but in order to gain some points on their travels this season, their defensive strategy needs to improve quickly.

A 4-0 home victory over a poor West Ham side on the opening weekend is probably nothing to get too excited about, but Liverpool are likely to be Manchester City’s main title challengers this season.

Jurgen Klopp has built a side that can score plenty of goals, have a tight defence and with the addition of Naby Keita, a midfield that is quick and dynamic.

Liverpool pressed the Hammers into mistakes, and exploited their weaknesses, and really could have scored several more.

West Ham gave league debuts to five of their new summer signings, with only goalkeeper Lukasz Fabianski showing any sort of form – and he let in four goals!

Felipe Anderson and Jack Wilshere gave glimpses of what they may bring to the West Ham cause, while right-back Ryan Fredericks had a tough afternoon and centre back Fabian Balbuena could have been sent off.

All of these players will surely have better games for the Hammers as there are many easier fixtures on the horizon.

Apart from those two wins, the Hammers record against Liverpool at Anfield is dire. Once Liverpool took an early first-half lead, the Hammers never looked like getting anything from this fixture and the defeat is now added to the long list of disappointing performances on Merseyside.

Egyptian forward Mohamed Salah picked up where he left off with last season’s goal-scoring exploits when he gave Liverpool a 19thminute lead against West Ham.

His opening goal of the season was an easy tap-in, but his quick thinking play and trickery were always a danger to the Hammers poor defence and on another day, he could have scored more goals.

An injury sustained in the Champions League final may account for his poor showing in the World Cup, but Salah is certainly raring to go again and likely to be Liverpool’s main goal threat this coming season