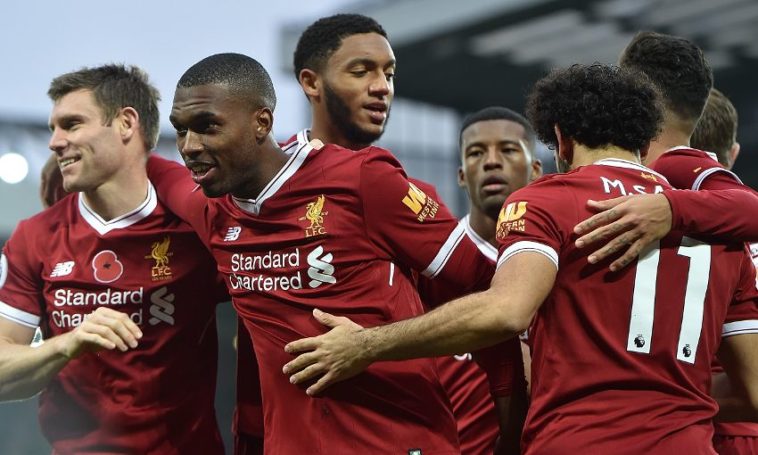 Liverpool responded to their mauling at Wembley with a comfortable win over a disappointing Huddersfield. Here’s five things we learned.

Tough Afternoon for the Terriers

Huddersfield were looking buoyant after their impressive 2-1 win over Manchester United last time out. However, from the start they looked well off the pace against Liverpool.

The Terriers clearly had a game plan to defend deep and put a lot of their players behind the ball but it was to no avail. In the first half it was mostly successful, limiting Liverpool to few chances. That was until Tommy Smith gave away a penalty although Salah couldn’t convert.

Huddersfield gave it their all in the second half but Liverpool had upped their game. Sturridge eventually got the breakthrough for Liverpool which Huddersfield never managed to recover from.

Liverpool knew they would be without Sadio Mané for this encounter as he faces weeks on the side-lines. However, an unexpected injury to Phillipe Coutinho in midweek meant that the Reds would be without their two best players.

The injuries to Mané and Coutinho meant that Sturridge got a chance up front. Sturridge took his chance to impress and got Liverpool the all-important first goal against a tough Huddersfield defence.

It also gave Salah a chance to prove why he was brought in. Jürgen Klopp made it clear in the summer that Salah was brought in to provide pace when Mané was missing and help break down tough defences and he did just that.

Master vs The Apprentice

Jürgen Klopp and David Wagner’s relationship goes back a long way. Not only in a professional way but they are also good friends. Klopp was even best man at Wagner’s wedding.

This was the first time they were able to test themselves against each other in senior management though. Wagner was Klopp’s understudy at Borussia Dortmund for many a year as Wagner managed the B team to Klopp’s Dortmund side.

The first clash between the two ended with Klopp’s Liverpool being comfortable 3-0 winners over Wagner’s Huddersfield. Whilst the gulf in class was obvious Huddersfield put up a strong defence until Liverpool got the breakthrough.

With Mané and Coutinho both out injured it was up to Salah, Firmino and Sturridge to provide the goal threat. Salah lead his team well with much of Liverpool’s threat coming through the Egyptian.

Despite Salah’s penalty miss he still stood out as the one to break down Huddersfield. Whilst he never went on to score in the game he posed a constant threat and helped to create the other goals.

His Liverpool career has got off to a great start and should be a big success if it continues in this vain. One thing he has on his side is the injury proneness of Coutinho, Mané, Firmino and of course Sturridge.

As the first half was nearing a close Liverpool were given a chance to take the lead. Huddersfield captain, Tommy Smith, clearly pulled Firmino’s shirt at a Liverpool corner to give away a penalty.

Mohamed Salah stepped to take the penalty but was denied by Jonas Lössl. Salah struck it low and hard but fairly central which encouraged Lössl to make the save. However, there is a claim that the Huddersfield ‘keeper was some way off his line when the penalty was taken. Henderson fired a rebound at goal but only hit the post.

The decision for Salah to take the penalty was a strange one considering Milner and Firmino were both on the pitch. James Milner was the regular penalty taker last season whilst Firmino has been taking them this season.

It’s fairly likely that Liverpool will learn from this and stick with their regular penalty takers next time.