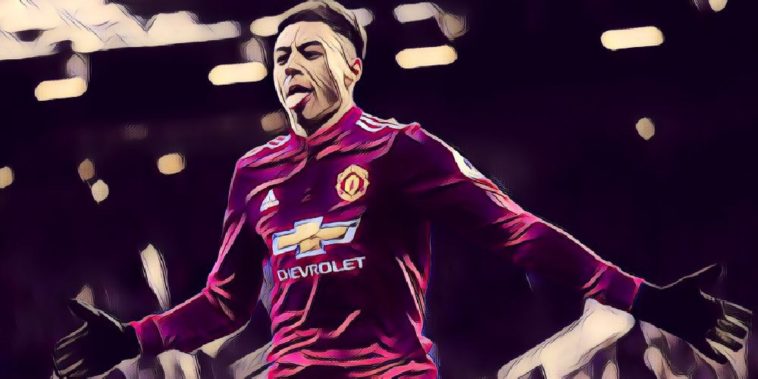 It has been quite a rise for Jesse Lingard over the last few seasons, and now the England forward has revealed that he has studied Barcelona legend Andres Iniesta in order to develop his game.

Lingard has shot to prominence in recent years, establishing himself as a first team regular for both Manchester United and England over the last couple of seasons.

He was heavily involved in England’s excellent World Cup campaign this summer, scoring a stunning goal against minnows Panama, adding to the 13 goals he scored for the Red Devils last season, a career best.

He is thriving in the free role behind the striker for both club and country, and he has now revealed that the great Andres Iniesta has been a significant influence on his style of play.

Speaking to FourFourTwo magazine, Lingard said: “I’ve watched videos of Andres Iniesta and looked at how he plays. I wouldn’t say I have copied him, but I certainly look at him and want to take parts of his game and add them to mine.

“I’ve always enjoyed dribbling with the ball and collecting it in tight spaces, then trying to make things happen.”

Lingard didn’t feature in Manchester United’s Premier League opener against Leicester last week but could be involved next weekend as Jose Mourinho’s side head to Brighton next Sunday afternoon.