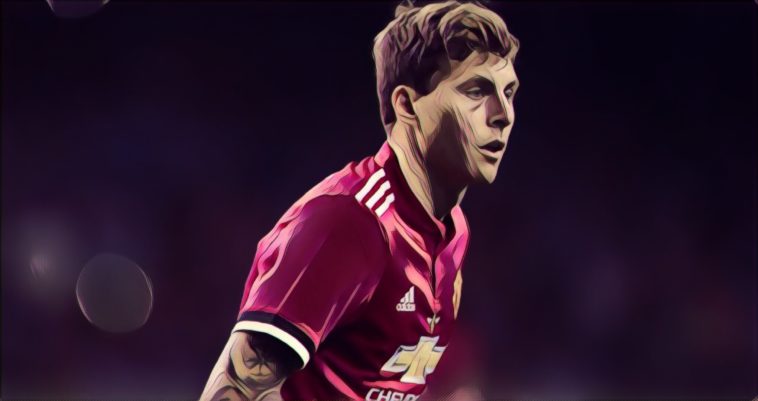 Manchester United’s £35 million summer signing Victor Lindelof, has made a far from convincing start to his Old Trafford career, but against Watford last Tuesday the Swedish centre-back finally started to show signs of the talent that earned him his big-money to Old Trafford.

The 23-year-old impressed Jose Mourinho playing for Benfica last season, and the Portuguese coach instructed his club to snap the talented defender as soon as the summer transfer window opened in June.

Lindelof arrived at Old Trafford with the nickname ‘’ The Iceman,’’ for his coolness under pressure. The Sweden international also developed a reputation for solid defending and excellent distribution during his time with the Primera Liga Champions.

However, as soon as began appearing for United in pre-season fans where left wondering where this so called ‘’ Iceman,’’ was, because Lindelof’s displays where riddled with mistakes and uncertainty.

Many felt he just needed some time to settle into his new environment, but after yet another sloppy display against Real Madrid in the UEFA Super Cup, Jose Mourinho decided to drop him from the match-day squad for most of the early Premier League fixtures.

Lindelof was reduced to only playing in the Carabao Cup, however his performances still left a lot to be desired.

Concerns about his ability to handle life in the Premier League further intensified when he came off the bench against Huddersfield and immediately misjudged a routine long ball, which allowed The Terriers to score, what turned out to be the winning goal. Unfortunately for Lindelof, he was beginning to look like a liability that would be eaten up by the big bad Premier League.

Then over the last international break Phil Jones injury whilst on England duty gave the youngster another chance to stake his claim, and put these sloppy performances behind him.

He was picked in the starting XI against Newcastle, but the 23-year-old started the game nervously, and when his slip allowed Dwight Gayle to score for The Geordies after 15 minutes, you really did start to fear the worst for the youngster.

However, on 30 minutes he strode forward with the ball into midfield, and clipped a beautiful lofted pass into Romelu Lukaku. This seemed to lift his confidence a bit, and while it would be a stretch to say he played well for the rest of the game, he at least didn’t do anything majorly wrong.

The former Benfica man, then started United’s next Premier League fixture against Brighton, and although he struggled against Glenn Murray there were some encouraging signs that he was finally getting to grips with life in England.

Then came Tuesdays game against Watford, Lindelof lined up on the right of a back-three and directly up against The Hornets brilliant Brazilian winger Richarlison.

The Watford forward has been one of the revelations of this Premier League season and has made a host of experienced players look average with his pace and trickery.

However, Lindelof marshaled his man brilliantly. On display were all the characteristics that attracted United’s manager to the player originally; superb positional and tactical awareness, a magnificent turn of pace and composed ability on the ball.

If Tuesday was the biggest test of Lindelof since his arrival at Old Trafford, the talented defender aced it.

His manager Jose Mourinho has built some of the worlds most impressive defensive units over the years, so the fact he rates Lindelof so highly should not be ignored.

While there is no denying that the start to his Red Devils career has been far from ideal, it should be noted that United legends Nemanja Vidic and Patrice Evra also had less then convincing starts to their Old Trafford careers and then went onto to become club greats.

There is definitely a place for a player with Lindelof’s profile in this United team. Jose Mourinho’s side would clearly benefit from having a ball playing centre-half in the team, as the likes of Phil Jones and Chris Smalling struggle in this regard, and they tend to slow down The Reds play badly at times.

United fans will be hopeful that Lindelof’s performance against Watford was the start of many, and that they he can grow into the top player he clearly had the potential to be.