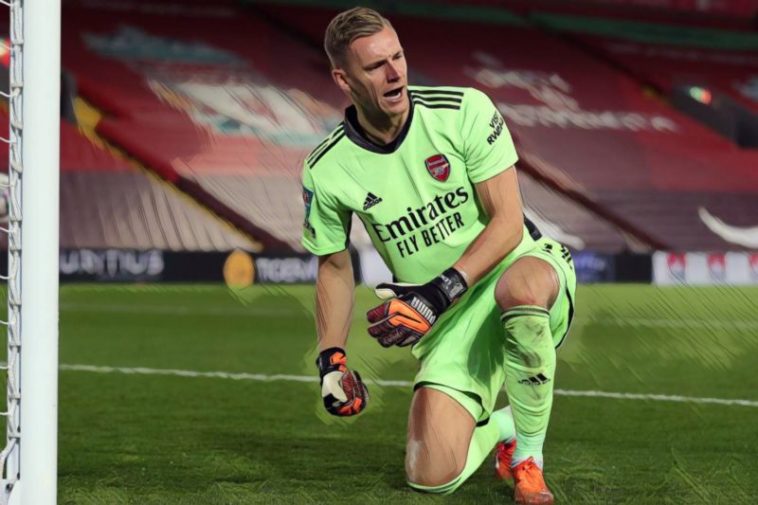 Bernd Leno insists he ‘never feared’ for his number one position at Arsenal despite the challenge of deputy Emiliano Martinez.

Leno missed the back end of last season through injury and saw Martinez impress in his absence, the Argentine producing a series of commanding displays in helping Arsenal to FA Cup and later Community Shield success.

Despite those showings, the goalkeeper was allowed to leave for Aston Villa this summer and has since made a promising start to life in his new surroundings, though Leno – speaking after helping Arsenal to a penalty shoot-out victory over Liverpool in the Carabao Cup – insists he was always confident he would remain the Gunners’ number one despite Martinez’s exploits last season.

“That was always very good from the club – my job is to prove it every week and I think I’ve done it again.

“It was a very tough game. We made a few changes but you could see our philosophy, our intention to win the game. It’s a chance to win another trophy.

“Of course it’s very good for a goalkeeper to make saves from penalties and see laughing faces after the game, but I’d prefer next time to win the game without a shoot-out! When it happens though it’s even better.”

Arsenal boss Mikel Arteta also discussed his goalkeeping options after allowing Martinez to leave in a £20m deal, admitting a decision needed to be made with both players seeking a number one position.

“We had two fantastic goalkeepers and they were both performing really well but we had to make decisions,” Arteta said at his post match press conference.

“I think it was a moment when Emi needed the next step and financially it was an interesting proposal for us.

“We have to use the resources we have to strengthen the team. He (Leno) was really helpful to get us through to the next round.”

Arsenal’s victory over Liverpool maintained Arteta’s record of having never lost a domestic cup tie since taking charge at the Emirates last year, the north London side now set to host Manchester City in the last eight.