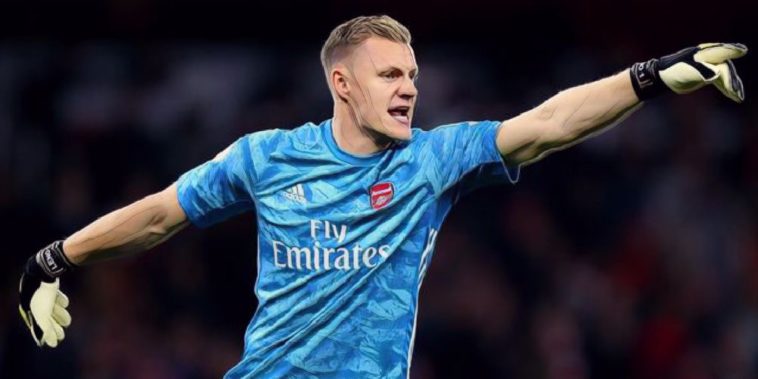 Bernd Leno has admitted that Arsenal’s ‘main problem’ in their draw with Norwich was a lack of compactness as the club extended their winless run to eight games in all competitions.

Arsenal would twice fall behind to goals from Teemu Pukki and Todd Cantwell, only for Pierre-Emerick Aubameyang’s double to secure the club a point and yet another 2-2 draw following an end-to-end encounter at Carrow Road.

The result leaves the Gunners in eighth in the Premier League, with Leno believing the club’s inability to remain compact contributed to another disappointing result.

“I think it’s not only about the defence, midfield or the strikers,” Leno told arsenal.com.

“I think in the second half the distances were too big and we didn’t press like we did in the first half and against a team like Norwich they can play very well and on the counter-attack and this was the main problem because it was a personal mistake or losing the ball and I think this was the difference.”

Former Arsenal midfielder Ljungberg has been placed in temporary charge as the club seek a replacement for the sacked Unai Emery, Leno adding that the atmosphere around the club has improved following the Swede’s appointment as interim manager.

“We only had one or two sessions together but I think Freddie knows the dressing room and the characters of the players so he can handle everybody, so I think that’s very important,” he added.

“He can’t change everything in one or two days but I think the most important thing is the mindset and the atmosphere. I think it’s been good so far.”

Arsenal will be looking to bounce back and end their winless run when they face Brighton at the Emirates on Thursday night.