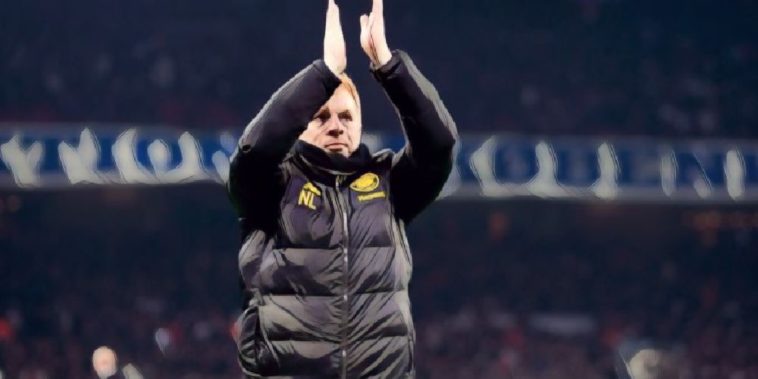 Neil Lennon admitted that he was both ‘happy’ and ‘disappointed’ following Celtic’s 1-1 draw with Copenhagen in the first leg of their Europa League Round of 32 tie.

The Scottish champions took the lead through Odsonne Edouard’s 24th goal of the season, though despite creating a host of opportunities, Celtic would have to settle for a draw following Dame N’Doye’s second-half equaliser.

The club will head into the return leg at Celtic Park as favourites to progress to the last-16, though Lennon admitted he had mixed emotions following his side’s battling display in Denmark.

“I am happy with the away goal,” Lennon said.

“I am disappointed we didn’t score more goals, we had plenty of chances on the counter attack.

“It shows we can open them up but with respect to Copenhagen they looked very strong in the second half.

“I am not going to be critical of the players, it’s the quality of the chances we are creating are good.

“First half we played very well I am delighted we have come away with a decent result. I thought we had good control of the first half. I thought we could have been two or three up.

“We had some great chances on the counter attack in the second half so I’m disappointed we haven’t come away with more goals.”