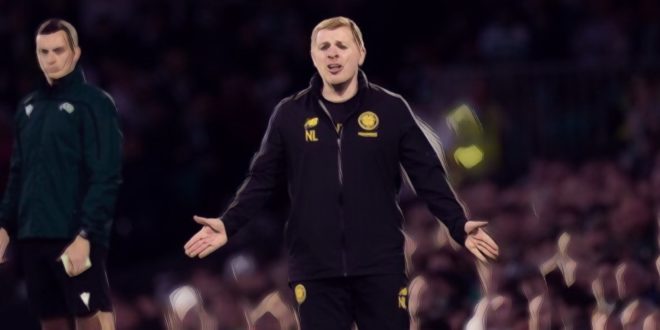 Neil Lennon says poor ‘decision making’ was to blame after seeing his Celtic side crash out of the Champions League.

Celtic failed to reach the Champions League play-off stage for the second successive season after a 4-3 home defeat to CFR Cluj in Glasgow, the Scottish champions eliminated 5-4 on aggregate.

Having trailed 2-1 at half-time, goals from James Forrest and Odsonne Edouard seemed to have put Celtic in control before late heartbreak.

Lennon’s side twice led against their Romanian visitors in a topsy-turvy encounter, before Billel Omrani and George Tucadeen struck late on to seal Cluj’s progression.

Lennon admits Celtic, who now drop into the Europa League after a disappointing night, only have themselves to blame for the defeat and described the goals conceded as ‘crazy’.

“We had the lead and we’ve let it slip through our own decision making,” Lennon told BBC Scotland.

“The goals we conceded are crazy. You’ve got to do the basics well – you’ve got to stop crosses, close people down, get your head on things – and it was almost as if we scored and wanted to switch off.

“We’ve only ourselves to blame. If you don’t do the basics defensively well enough then at this level you get punished. We’ve let it go.”