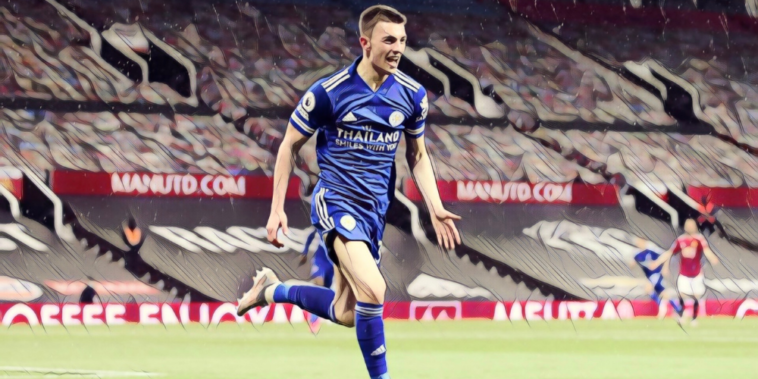 Leicester City host Manchester United at the King Power Stadium this weekend, with both sides having been in indifferent form of late.

Here’s all you need to know about Saturday’s crunch encounter:

It’s been a surprisingly rocky start to the new season for Leicester City who have picked up just eight points from their opening seven league games, having been second on 15 points at the same stage last season.

Perhaps it is simply the hangover of their failure to qualify for the Champions League for the second successive campaign, but the Foxes have made an unusually laboured opening to the new term, with their most recent 2-2 draw with Crystal Palace showcasing their current difficulties.

Brendan Rodgers’ side found themselves with a two-goal advantage at Selhurst Park after Kelechi Iheanacho and Jamie Vardy capitalised on two defensive mistakes, yet went on to concede twice in the second-half to drop two points.

At the back, in particular, Leicester have been distinctly sloppy, with the absence of both Wesley Fofana and Jonny Evans seemingly taking its toll, while the loss of Wilfried Ndidi in midfield has also been a significant blow.

The Nigerian international is likely to be absent for the next few weeks with a thigh injury, while teammate Fofana is not expected to return until later in the season after suffering a horrific injury in pre-season. James Justin is also not yet ready to return, although there are hopes that Evans may be in contention to feature against his former club.

The pressure has once again ramped up on manager Ole Gunnar Solskjaer with Manchester United picking up just one win from their last four games in all competitions – and two from their last six – with their most recent league outing seeing them held to a 1-1 draw at home to Everton.

Having secured a last-gasp win over Villarreal a few days earlier, the Red Devils boss opted to shuffle his pack for the visit of the Toffees, notably dropping Cristiano Ronaldo to the bench despite his Champions League heroics.

That decision ultimately backfired as United struggled against Rafa Benitez’s side, with Andros Townsend deservedly drawing his side level after Anthony Martial’s early opener, with the visitors also seeing a potential winner from Yerry Mina correctly ruled out for offside.

Andros Townsend really did the Ronaldo celebration at Old Trafford in front of the man himself 👑 pic.twitter.com/ltMaEy3pwS

While that point keeps Solskjaer’s men firmly in the mix at the top of the table – with just two points separating them and leaders Chelsea – they are set to begin a tough-looking run of fixtures over the next few weeks, with Liverpool, Tottenham and Manchester City all to come in successive league games, as well as two crucial European meetings with Atalanta.

Ahead of that potentially pivotal run, United have been dealt a huge blow by the loss of Raphael Varane to injury, with the Frenchman limping off during the Nations League final win over Spain, while fellow centre-back Harry Maguire is also expected to be absent for the trip to his former side, at least.

That means Eric Bailly and Victor Lindelof are likely to partner in defence, although elsewhere forward Marcus Rashford has an outside chance of featuring after returning to training following his recent lay-off.

Both Edinson Cavani and Fred are expected to miss out due to their participation for Uruguay and Brazil respectively, with the two nations set to go head to head in the early hours of Friday morning.

The two sides last met at the back end of last season, in what was a particularly hectic spell for the hosts, as the meeting was their second of three games in the space of just five days.

With rivals Liverpool to come just two days later, Ole Gunnar Solskjaer put out a much-changed side for the visit of the Foxes, with the away side taking advantage as they took an early lead through Luke Thomas’ stunning first Premier League goal.

That lead lasted just five minutes as Mason Greenwood continued his fine end to the season with a classy finish, although it would be Leicester who would go on to deservedly bag the winner, as Caglar Soyuncu headed home to secure all three points.

That defeat proved particularly costly for United as it saw Manchester City officially confirmed as champions, with the wait for a league title going on for the Red Devils.

What channel is Leicester v Man Utd on?

Irish readers can watch, or stream, the match on Premier Sports, although the game is not available to watch in the UK.