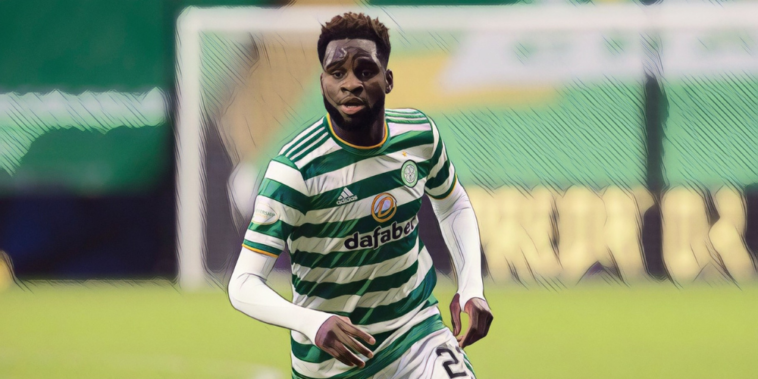 Leicester City are set to win the race to sign Celtic striker Odsonne Edouard this summer, the Frenchman keen on a reunion with former boss Brendan Rodgers.

The 23-year-old has been prolific since his arrival at Celtic Park from Paris Saint-Germain in 2017, scoring at least 20 goals in all competitions in each of the last three seasons, as well as helping the club to three Scottish Premiership titles.

While the club currently looks set to concede the title to rivals Rangers – who are still unbeaten in the league this season – Edouard has still been one of the bright sparks, having hit 16 league goals so far this term as the league’s top scorer.

The one-time Toulouse man had looked set to leave the club last summer, before opting to stay to try and help the club secure what would have been an unprecedented 10th league title in a row, yet it would now appear he is certain to be departing at the end of this season.

According to the Mail, the striker is keen to reunite with Brendan Rodgers at Leicester City, the Northern Irishman having been the man who brought Edouard to Glasgow during his time at the helm.

The report suggests that Rodgers views his former player as a potential, long-term successor to 34-year-old Jamie Vardy, with the Foxes keen to fend off interest from Arsenal and Serie A side Roma in order to get their man.

With just a year left on his contract at the end of the campaign, Edouard is set to be on the market for around £15m, despite Celtic having hoped to recoup as much as £40m last summer.

That would represent a small profit for the Scottish side who signed the player for £9m, although there hope is to include a substantial sell-on percentage in any deal that sees the forward leave the club.