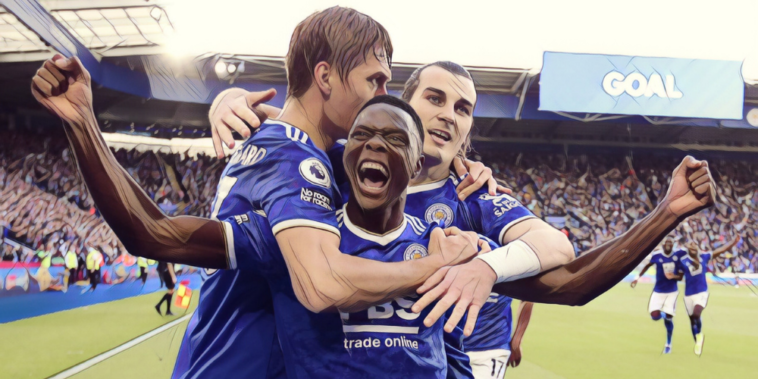 Leicester meet Chelsea in the Premier League’s early kick-off this weekend, a clash between two sides who will be hoping to finish the campaign near the top of the division.

Here is all you need to know about Saturday’s fixture at the King Power Stadium.

Leicester’s season so far has been a disappointment for Brendan Rodgers and his side, winning just four of their opening 11 league fixtures to sit in the Premier League’s bottom half.

Having narrowly missed out on Champions League qualification in each of the past two campaigns, the Foxes have failed to maintain that standard of consistency during the opening weeks of 2021/21.

Rodgers has fluctuated between formations as he finds the right fit for his current array of options, changing between a back-three system that has utilised James Maddison behind a front pairing, and the more traditional 4-3-3 system used in the draw with Leeds last time out.

It’s now four games without a win for Leicester in all competitions (The Carabao Cup draw with Brighton ended in a shoot-out success for the Foxes) and Rodgers will need his side to rediscover their mojo quickly if European football is to be achieved.

Chelsea’s draw with Burnley before the international break saw their lead narrowed at the top of the Premier League, but it is now eight games unbeaten across all competitions for the European champions.

Thomas Tuchel has had to shuffle his pack in the absence of Romelu Lukaku and Timo Werner through injury, though the former could return to the side at the King Power Stadium in what would represent a major boost.

Lukaku began his second spell with Chelsea on fire before enduring something of barren run pre-injury, but there’s little doubt that the west Londoners are a better side with the Belgium international amongst their ranks.

In a crucial meeting between two sides seeking Champions League qualification, it was Chelsea who emerged victorious to boost their challenge and simultaneously hinder the Foxes’ top-four hopes.

Antonio Rudiger opened the scoring two minutes into the second half after bundling home a corner from close range, before Jorginho’s penalty doubled the host’s advantage after Wesley Fofana’s foul on Timo Werner.

Kelechi Iheanacho’s goal provided a Leicester lifeline, but it proved too little too late as Brendan Rodger’s side crashed to a costly defeat in the capital.

What channel is Leicester v Chelsea on?

UK and Irish viewers can watch or stream the game on BT Sport 1.