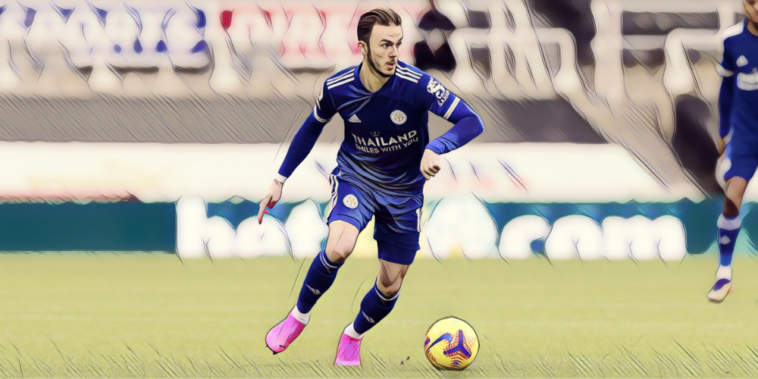 Leicester have set an asking price of £70m for James Maddison amid reported interest from Arsenal.

Arsenal are interested in signing the attacking midfielder as Mikel Arteta looks to add creativity to his side, though Leicester have no intention of allowing Maddison to leave unless a club makes an offer too good to refuse.

The 24-year-old has been an integral part of the Foxes’ success over the past three seasons, producing 38 goal involvements in 98 league appearances since arriving from Norwich in a £20m deal.

According to Sky Sports, Leicester will only entertain offers in excess of £70m for Maddison this summer, who is contracted to the King Power Stadium until the summer of 2024.

Arsenal are also continuing to monitor Martin Odegaard’s situation at Real Madrid, with the Gunners retaining an interest in re-signing the Norway international following a successful loan spell at the Emirates last season.

The 22-year-old was expected to remain with the Spanish side and fight for his place under new manager Carlo Ancelotti this season, but reports this week have suggested Los Blancos could be open to his departure in a bid to raise much-needed funds.

Odegaard is currently contracted until 2023 and could be allowed to leave should a big offer arrive, though Arsenal will need to raise funds through player sales to fund moves for either player.

Ben White’s impending move from Brighton will take the north London side’s spending beyond £70m and there remains interest in signing a new goalkeeper and forward, with Sheffield United’s Aaron Ramsdale and Chelsea’s Tammy Abraham linked.