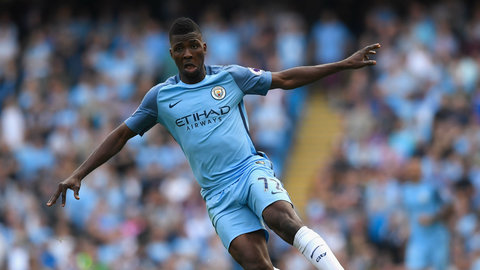 Leicester City have agreed a deal in principle for Manchester City striker Kelechi Iheanacho according to recent reports.

According to Sky Sports, the Foxes have agreed the basics of a deal with Manchester City to take Iheanacho to the King Power Stadium. It is believed that the transfer could be worth up to £25m, but there are still plenty of details to be sorted out before the player makes a move to the East Midlands.

One of the big issues to be resolved is the inclusion of a buy-back clause, and whether Manchester City will be able to re-sign the Nigerian for a fixed price in the future.

City are wary of being stuck in a situation like Manchester United, who had to spend £89m to re-sign their academy graduate Paul Pogba last summer. Chelsea were were also left regretting not putting a buy back clause in the contract of Romelu Lukaku, who has since moved to Manchester United for £75m, having left for just £28m three years ago

Everton and West Ham have both been linked with having an interest in signing the 20-year-old, who is statistically one of the most lethal strikers the Premier League has ever seen.

However Iheanacho is believed to be keen on a move to Leicester, and a deal could be completed once he has finalised a few issues surrounding his image rights, and the club’s come to an official agreement regarding the terms of the deal.