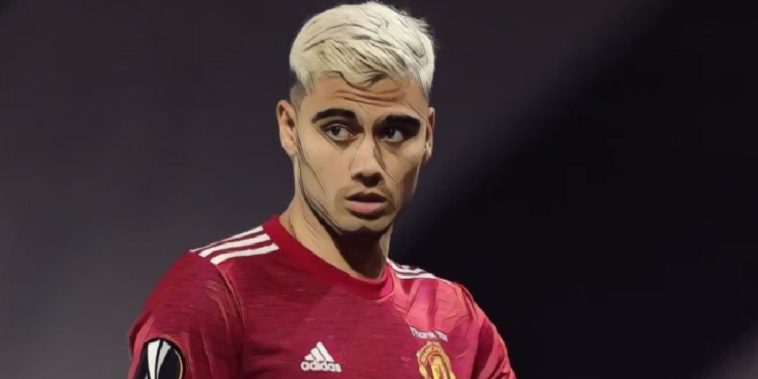 Lazio are reportedly in talks with Manchester United over a loan deal for midfielder Andreas Pereira.

The one-cap Brazil international made 40 appearances for Manchester United last season, although the majority of those came from the bench, with Ole Gunnar Solskjaer having had a glaring lack of depth and quality within his side, especially in the early parts of the season.

The Norwegian manager has made moves to address that situation with the arrivals of Bruno Fernandes and Donny van de Beek in the last two transfer windows, with Pereira not even featuring on the bench for any of United’s opening three fixtures of the campaign.

Reports in Brazilian outlet Esporte Interativo say that the 24-year-old is attracting the attention of Lazio, Pereira potentially moving to the Italian capital on a season-long loan with an option to make the move permanent next summer for as much as €27 million (£24.5m), with United retaining a 10 per cent sell-on clause for the academy graduate.

Meanwhile, Sky Sports Italia back up the reports of Lazio’s interest, though say that the option to buy would potentially be worth €15 million (£13.6m), a figure which seems somewhat more realistic.

Lazio are looking for midfield reinforcements after missing out on a deal for David Silva, the Italian side having been on the verge of completing a deal for the Man City legend before he had a last-minute change of heart to join Real Sociedad, with Sky Sports saying a move for Pereira could accelerate once the expected departure of Felipe Caicedo is completed.

United have so far failed to move on any of their fringe players this summer, with the likes of Phil Jones, Diogo Dalot, Marcos Rojo, Chris Smalling, Jesse Lingard and Dan James having all been linked with moves away.

Read – Solskjaer leaps to the defence of his under-fire defenders