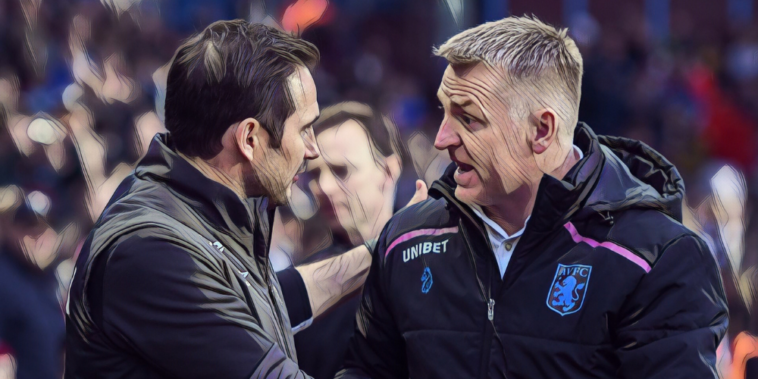 Frank Lampard has reportedly turned down the opportunity to become Norwich’s new head coach, with Dean Smith now the leading candidate to fill the vacant position.

Lampard had been the frontrunner for the position since Norwich’s decision to sack Daniel Farke last week, the Premier League’s bottom side having parted company with the German after just one win in 11 league fixtures since promotion.

The 43-year-old has been without a club since being sacked by Chelsea in January, but the Times‘ Henry Winter is reporting that Lampard has turned down the role after holding initial negotiations with the Canaries’ board.

Frank Lampard had turned down the opportunity to manage Norwich City.

Smith emerged as a leading contender after being sacked by Aston Villa on Sunday, with the former Brentford boss replaced by Steven Gerrard at Villa Park.

According to Sky Sports, Smith is understood to have impressed the Norwich board during talks, though is undecided on whether to make an immediate return to Premier League football at Carrow Road.

Smith spent three seasons at Aston Villa and guided the club to promotion to the Premier League, whilst his in-depth knowledge of the Norwich squad and the club’s culture is said to have appealed to the Canaries’ hierarchy.

Norwich will hope to make an appointment before the Premier League resumes next weekend, the Canaries hosting Southampton in their first fixture after the international break.

Whoever does take on the role will have their work cut out to change the fortunes of the East Anglian outfit, who have collected just five points from their opening 11 league games to leave them five points adrift of safety