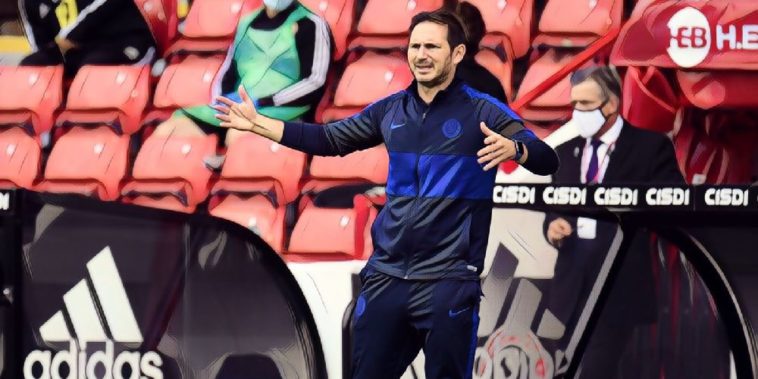 The west London side dominated the game, enjoying 76 per cent possession and having the lions share of chances, though in reality, they hardly looked like scoring, just four of their 15 attempts being on target.

Meanwhile, at the other end of the field, Chelsea‘s defence was once again their undoing. Some static defending from the visitors allowed David McGoldrick to net his first goal in 25 games, tucking home from close range after Kepa Arrizabalaga palmed the ball into his path in the 18th minute.

76 – Chelsea had 76% possession in this match but lost 3-0 – since 2003-04, when full possession data is available, this is the biggest margin of defeat for a team to hold as much as 76% possession in a Premier League game. Countered. pic.twitter.com/P4f2lfJo1V

While Chelsea’s defence was flimsy, Sheffield United’s was a strong as the steel that the City is famed for, and having soaked up plenty of pressure, Chris Wilder’s side made sure of the points 13 minutes from time, McGoldrick deservedly netting his second of the game.

Speaking afterwards, Frank Lampard struggled to come up with anything positive to say about his side, admitting he was ‘concerned’ by the performance.

“They were better than us, physically, in the mind and with the ball,” Lampard admitted to Sky Sports. “So you lose the game. They were stronger than us. You feel and hear every noise and all I could hear was Sheffield United voices. They are a good team. If you come here and perform below par this is what will happen.

“We matched them shape-wise. We were too slow and weren’t getting our wingers into the game. We tried to get control, which we did but weren’t threatening. At 2-0 down you make it difficult for yourselves. Disappointing. Mistakes. You analyse all season and review and move forward. We need to put that to bed quickly and fight for the top four. I learned a lot and I won’t forget that.

“I am not concerned about top four today. All I do is sit and watch the games and consider what we want to do. But today I am concerned with how we performed. We will see where we are when we approach Norwich. But we can’t approach Norwich or Manchester United or Wolves like we did today.”

While Chelsea remain in third, the defeat means that they are within range of both Leicester and Man Utd in fourth and fifth respectively, both who now have a game in hand. Sheffield United, on the other hand, move up to sixth and are firmly in contention for a place in next seasons Europa League following a sensational campaign for the newly promoted side.

See also – Player Analysis: How will Timo Werner fit in at Chelsea?