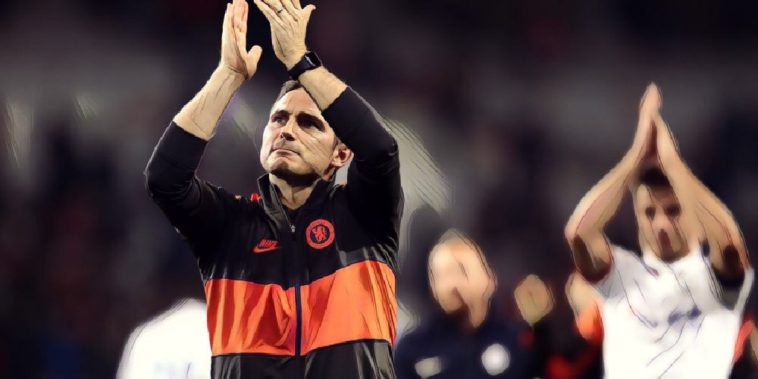 Frank Lampard earned his first Champions League win as a manager this evening, his Chelsea side running out 2-1 winners over Lille.

Chelsea came into today’s game in Northern France without a point, Ross Barkley’s late penalty miss against Valencia consigning the Blues to a 1-0 defeat in Lampard’s Champions League debut a fortnight ago.

Tammy Abraham – celebrating his 22nd birthday – opened the scoring for the Blues, netting his eighth goal of the season with a very tidy turn and finish in the 22nd minute, though the lead was short-lived, Victor Osimhen levelling for the hosts just after the half-hour mark.

However, Brazilian winger Willian netted his second goal in as many games with 13 minutes to play, securing the Blues first three points of their European campaign with a delicious volley after some good work from Callum Hudson-Odoi down the left.

Speaking after his side’s 2-1 win, Lampard admitted it that his first UCL win felt ‘good’, highlighting that it was the first time that a number of his young squad had encountered a Champions League away day.

“This was a really hard place to come, added to the pressure of not beating Valencia. And it was the first time for a few travelling in Europe.

“Fikayo Tomori was outstanding again. He has to keep on with that.

“Now Ajax have set their stall out in the group. This gives us confidence and points. Now the hard work begins.”