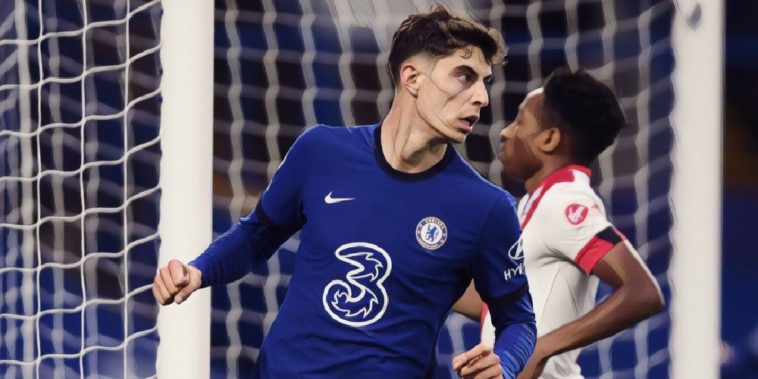 Frank Lampard has called for ‘perspective’ when it comes to Kai Havertz following the midfielder’s slow start since signing for Chelsea.

Havertz was the headline arrival in a significant summer of spending for the west London side, arriving in a club-record £72m deal from Bayer Leverkusen as one of the most coveted young players in world football.

The Germany international has struggled to make an impact during the opening months of his Chelsea career, however, offering only glimpses of his talent and scoring just once in 11 league appearances.

Havertz has been utilised in a variety of positions including on the right and in a central role, with Lampard appearing undecided on the 21-year-old’s best position so far this season.

Lampard gave an emphatic response when asked if his preferred 4-3-3 formation is a system that suits the record signing, before insisting that ‘perspective’ is needed for Havertz who has endured an unsettled start to his Chelsea career.

“It does,” Lampard said at his pre-match press conference. “Before Covid, he was playing very well as the right-sided eight but consistency is sometimes a good thing and what I want to get for him.

“He had no pre-season, then got Covid, and all eyes are on because of the price tag but we need huge perspective here.

“Not saying it will take a long, long time but he does need time to settle in. For Chelsea fans and us, we must give him time.”