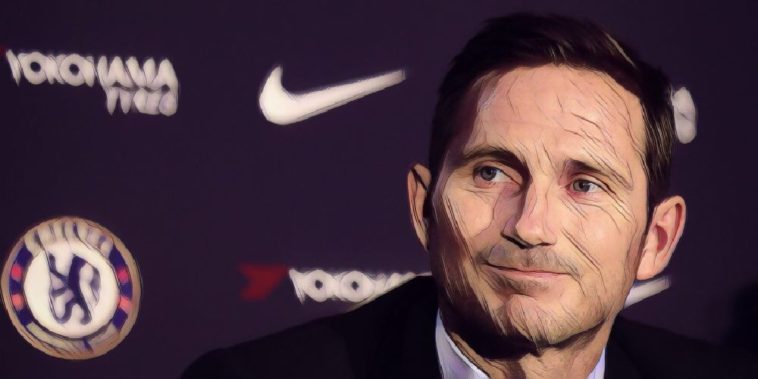 Frank Lampard will begin to spend Chelsea’s reported £150m transfer budget should the club’s transfer ban be overturned ahead of the winter transfer window.

Chelsea are currently serving a two-window transfer-ban for breaking the rules regarding the signing of foreign U18 players, the first of which was served during the past summer. The club have appealed against their punishment to the Court of Arbitration for Sport and their hearing will be heard on November 20 ahead of the second window of their ban in January.

Should their punishment be reduced or overturned, Chelsea could be free to sign players in the upcoming window and Lampard has reportedly already begun plans on how to improve his exciting young squad.

Despite their lack of transfer activity over the summer, Chelsea have enjoyed an impressive start to the new season and are currently in the Premier League‘s top four and to the top of their Champions League group ahead of tonight’s meeting with Ajax at Stamford Bridge.

Lampard has been lauded for his integration of the club’s best young talents this season, having introduced the likes of Tammy Abraham, Mason Mount and Fikayo Tomori to the senior set-up.

Despite their emerging talent, Lampard is still keen to strengthen his squad with several senior stars in the final months of their contracts at the club.

Veteran duo Olivier Giroud and Pedro look likely to leave the club on the expiry of their contracts in the summer, whilst Willian is also out of contract at the season’s end with a new deal having not materialised as of yet.

According to the Telegraph, Chelsea will prioritise bolstering their attacking options, with Lyon’s Moussa Dembele, Borussia Dortmund’s Jadon Sancho and Crystal Palace’s Wilfried Zaha amongst their targets.

Leicester’s Ben Chilwell has also been strongly linked with a move to the club to strengthen at left-back, the England international having enjoyed a strong start to the season with the high-flying Foxes, whilst the club are also considering activating the £40m buy-back clause in former defender Nathan Ake’s Bournemouth contract.