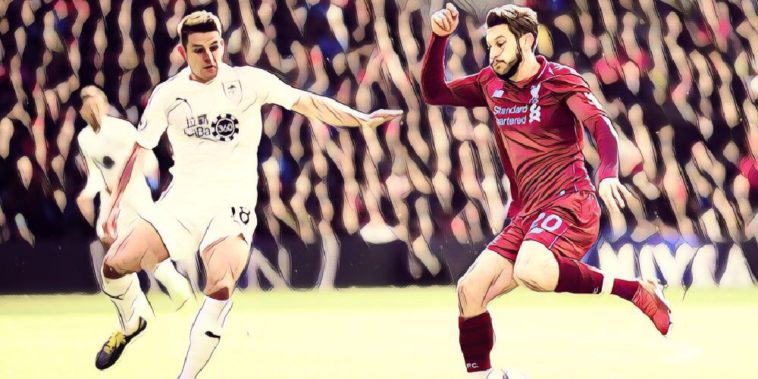 Adam Lallana says he is eager to contribute to Liverpool’s Premier League title challenge after being handed a rare start in their 4-2 win over Burnley on Sunday.

Roberto Firmino and Sadio Mane each scored twice as Jurgen Klopp’s side closed to gap to leaders Manchester City to just a single point, with just eight games remaining as the club seek to win a first top flight title in 29 years.

Lallana, who was making just his fourth league start of the season, impressed on his return to the Liverpool starting lineup and the former Southampton midfielder says he is keen to contribute after an injury-plagued spell.

You wouldn't describe it as a world class performanc, but Lallana was very influential today. Silenced a few doubters. pic.twitter.com/2jdFmmSVdK

“It has been a difficult 18 months to two years for me with injuries, but hopefully that’s behind me now,” Lallana told BT Sport.

“I just want to keep working hard and contribute to what will be an exciting end to the season.

“It helps when you can be fit consistently, I’ve not had that over the last couple of years. It was a good game and I enjoyed being out there.”