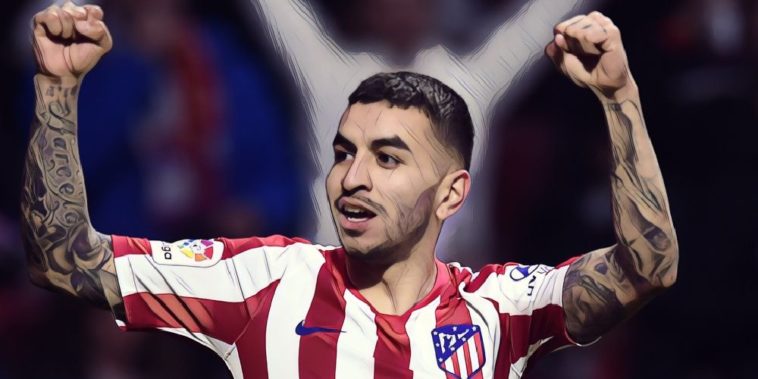 There were changes in the relegation placings, Real Madrid were amongst the goals, Getafe consolidated their position in the Champions League spots and Barcelona came out on top in a five-goal thriller at Real Betis. It sure was an interesting weekend in La Liga.

Let’s take a more detailed look at what happened in La Liga in Gameweek 23.

Celta Vigo out of the drop zone

Celta Vigo came from behind to defeat Sevilla 2-1 thanks to an injury-time winner from Pione Sisto. The win moves the Galician side up to 17th place on 20 points.

This could prove to be a hugely significant result as Celta bid to move away from the relegation zone and avoid the drop.

Iago Aspas’s equaliser got them back into the game after the break, their leader who has been taking the fight to the opposition all season. The former Liverpool forward has eight goals and an assist to his name so far this season.

Oscar’s side have been performing well of late and were very unlucky to lose 1-0 away to Valencia in Jornada 22 after acquitting themselves admirably at the Mestalla. They will be hoping the aforementioned Aspas and Rafinha can convert more chances as the season progresses.

It doesn’t get easier for Os Celeste though as they travel to the Bernabeu to face the league leaders on Sunday evening.

Real Madrid top of the pile

A job well done by Zinedine Zidane’s men on Sunday afternoon with a 4-1 win away at El Sadar against Osasuna.

While it was an Osasuna side minus the services of their injured striker Chimy Avila, the Pamplona-based side had only been defeated twice at home in La Liga before Sunday’s defeat to the league leaders.

It’s been well highlighted the fact that Real Madrid are defending well, only conceding 14 goals so far this season but it was in attack where they impressed most at the weekend.

Isco equalised for Los Blancos midway through the first-half before Sergio Ramos gave the visitors the lead before the break, with Lucas Vazquez and Luka Jovic finding the back of the net in the second period as Real Madrid showed more cutting edge in attack than in previous weeks.

This, allied with their solid defence, bodes well for the rest of the season as they chase down the league title and go after the Champions League in the next couple of weeks.

Manchester City have been touted as favourites in many quarters to win the Champions League outright, though a Real Madrid side on current form will more than give them a game, considering their settled team selection and formation which Zinedine Zidane has fallen upon.

Valencia brought down to earth

It’s hard to know what to make of Valencia of late. Well-deserving 2-0 victors at home to Barcelona in Jornada 21, they struggled to a 1-0 home win against Celta Vigo last weekend before being well and truly beaten 3-0 away to Getafe on Saturday.

Getafe certainly were not flattered by their 3-0 win at the Coliseum Alfonso Perez, in fact, it could have been more. Valencia never landed a punch or even looked like they couldn’t muster the strength to battle with Jose Bordalas’s well-drilled, combative yet skilful home side.

Los Che are heading into a busy couple of weeks as they face Atletico Madrid at the Mestalla on Friday and then travel to Atalanta for the first leg of the Round of 16 Champions League tie on Wednesday.

Albert Celades’s side are currently in seventh place in La Liga but are only two points adrift of the Champions League spots, though they will need to find some consistent form over the coming weeks if they are to be in the mix to qualify for Europe’s top club competition.

Messi dragging Barca along by the scruff of the neck

Barcelona headed into Sunday night’s away trip to Real Betis six points adrift of leaders Real Madrid. With two minutes gone, 1-0 down to a Sergio Canales penalty, the Catalans looked in trouble.

While Quique Setién’s side managed to turn things around to win 3-2, things seem a bit of a struggle for Barcelona at present.

Lionel Messi assisted all three Blaugrana goals and was again on his game, taking on some chances himself, creating for those around him and being denied a penalty at the death. In other words an all-round quality display from the Argentine.

✨ Leo Messi has been involved in a goal every 61 minutes in #LaLigaSantander this season!

The worry from a Barca perspective is that he has to pick up the slack, all the time. Griezmann had a quiet game by his standards, Luis Suarez is still on the long-term injury list and has now been joined by Ousmane Dembele, and while Ansu Fati has been showing real promise of late, he is still just 17 and finding his feet.

Frenkie de Jong looked good on Sunday, and Quique Setién will hope that the combination play between the Dutch midfielder and Messi for Barcelona’s first goal is a sign of things to come.

With João Felix, Alvaro Morata and Diego Costa still sidelined through injury, Angel Correa stepped up to score an early goal which was enough to give Los Rojiblancos the three points at home to Granada at the weekend.

Koke returned to the side to bolster the midfield and Saul Niguez was in good form as the Madrid-based side found themselves back in fourth place in the table.

© provided the assist
😇 scored the goal

With Valencia away on Friday night to come in La Liga and European champions Liverpool in the Champions League next Tuesday at the Metropolitano, Atleti will hope Saturday’s night win will spark them into life in what could be a significant month for Diego Simeone and his squad.

Simeone has clearly been unlucky with injuries particularly to the aforementioned attackers, but he also lost Kieran Trippier who had impressed since signing from Spurs in the summer and also has had to do without Uruguayan defender Jose Gimenez since the Supercopa in Saudi Arabia at the start of January.

Maybe we will see a more consistent, fluid Atletico side once the injuries clear up.