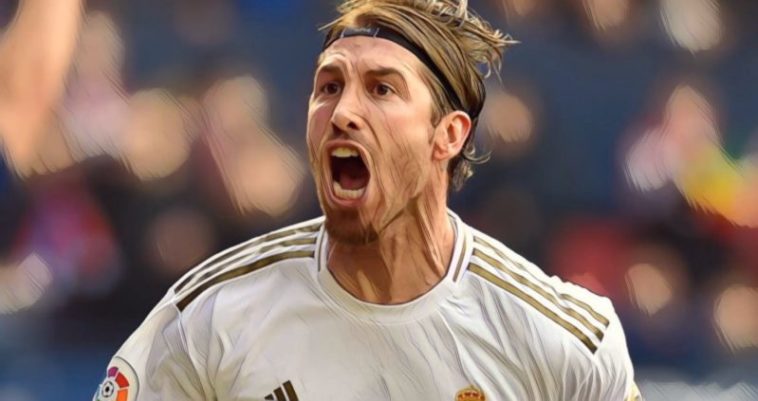 Goals were aplenty in La Liga this weekend, 28 scored in total, with Real Madrid scoring four and Barcelona three as they both managed to win.

Getafe’s recent run of victories continued and Celta Vigo climbed out the bottom of three after claiming the scalp of Sevilla.

We have gone for a 3-4-3 formation to reward the attacking play which we were treated to in Jornada 23.

Let’s take a look at our La Liga Team of the Week.

Espanyol gave up plenty of possession to the away side, but defended well and in Lopez they had a keeper on his game to ensure the three points went to the Barcelona-based side, who remain in 20th position but are now tied with Leganes and Real Mallorca above them on 18 points.

The former Villarreal, Sevilla and Real Madrid man is nearing the twilight of his career but has played in every league game this campaign and will hope to continue his own good run of form if Abelardo’s side are going to beat the drop.

Getafe were comfortable 3-0 winners at the Coliseum Alfonso Perez against Valencia on Saturday afternoon.

In a game which the home side controlled from the start, the foundation was built on a solid defensive platform, where Djene Dakonam impressed throughout the game.

The Togo international had Rodrigo Moreno and Maxi Gomez to police but managed it admirably, to help Los Azulones cement their place in the Champions League spots.

Five wins in a row for league leaders Real Madrid, their latest win coming away at Osasuna on Sunday afternoon.

Club captain Sergio Ramos put them in front just before the break after Isco had equalised an early strike for the home side.

Los Blancos are really starting to go through the gears since the Winter Break and have put themselves in a strong position to take their first league title since the 2016-17 season.

Ramos and Raphael Varane have been impenetrable at the back for Zinedine Zidane’s side, Real Madrid have conceded just 14 league goals this season.

The 30-year-old Colombian was an imposing figure in the Espanyol defence, in their 1-0 home win against Real Mallorca in Sunday’s early kickoff.

Like his goalkeeper behind him, Diego Lopez, Espinosa was under pressure throughout the game but dealt with the various attacks and attempts thrown his way in a composed manner.

Espinosa has struck up a solid partnership with Leandro Cabrera, the Uruguayan defender brought in from Getafe over the transfer window, as Los Periquitos battle to stay in the division.

The 23-year-old was a standout performer in Real Sociedad’s 2-1 home win at Anoeta against Athletic Bilbao.

In a game which will be remembered for the scoring/assisting contribution of substitute Alexander Isak, Merino behind him was busy throughout the game ensuring La Real had enough possession to dominate their opponents and create enough chances to claim all three points over their fellow Basque rivals.

Merino who has played for Newcastle United and Borussia Dortmund, has featured for the Spanish U21 side and will be hoping to push on and feature for the full international team with the European Championships on the horizon.

The Spanish midfielder opened the scoring early in the first-half, in the 2-0 home win against Leganes in Saturday’s early game at the Estadi Ciutat de Valencia.

Levante, who had been on a four game losing streak were grateful to Rochina and Roger Martí to help arrest their poor run of form and they finished the weekend in 11th place.

Three goals and an assist for Rochina from 13 league starts, while Martí has an impressive 10 league goals up to this point.

Alcaraz put his side in front after a quarter of an hour in the 1-1 home draw against Villarreal.

In a game where Valladolid could have done with holding on to claim all three points, Villarreal managed to equalise through Gerard Moreno at the beginning on the second period.

Valladolid are in 15th position after the weekend and have been drawing too many games of late, four in the last six, which is keeping them close to the relegation zone.

Atletico Madrid sneak back into fourth spot after the weekend’s round of games. A 1-0 home win to Granada got Atleti back to winning ways after a run of two defeats and a draw in their three previous games.

Los Colchoneros shaded midfield with Koke returning and Saul playing to the left of Thomas Partey, the 25-year-old returning to form after a few indifferent few weeks.

This was a timely win for Diego Simeone’s side who have a busy couple of weeks ahead of them, Valencia at the Mestalla on Friday and then they host Liverpool in the first leg of the round of sixteen of the Champions League at the Metropolitano next Tuesday.

Messi didn’t score in Sunday’s hard-fought 3-2 away win at Real Betis, but he did assist the three Barca goals.

The first a beautifully chipped pass over the Betis defence on to the chest of Frenkie de Jong who didn’t have to break stride, flying Dutchman, chest and volley, draw game.

The two other assists were free-kicks which were finished by Sergi Busquets and Clement Lenglet.

11 assists to go with his 14 league goals for Messi this season. The Argentine seemed pretty focussed and on his game after what was a difficult week off the pitch.

Quique Setién will be thankful his go-to guy is still producing such a high level of performance, particularly as Barcelona start to fray in other areas, defensively being the most obvious.

Two goals for the 37-year-old qualified PE teacher in a resounding 3-0 home win against Valencia on Saturday.

Molina and his strike partner Jaime Mata were too hot to handle for the Los Che defence and the scoreline didn’t flatter the home side, who were full value for the three points.

Four wins on the bounce now for Jose Bordalas’s South Madrid-based who travel to the Nou Camp next Saturday, five points behind the Blaugrana in second position.

This is the sort of game this Getafe team will look to take on and get a result if they hope to maintain or strengthen their position in the Champions League places.

A big win for Celta Vigo on Sunday evening at home to Sevilla, coming from behind to win 2-1, thanks to goals from local hero Iago Aspas and an injury time winner from Pione Sisto.

The Galicia-based side finally provided goals to compliment their hard work and quality of performance, the final ingredient which had been missing from their previous games.

This big win takes them out of the relegation spots for the time being and Celta have plenty to build on heading into the next few weeks.

Eight goals in a struggling side is a very good return for Aspas, the former Liverpool striker, who will hope to maintain his good form and guide his local club to safety.