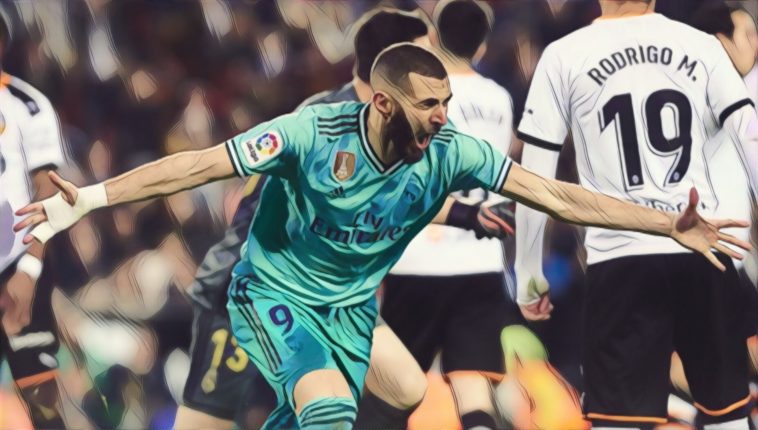 There were many talking points in the penultimate round of weekend fixtures in La Liga before the winter break.

Some teams were looking to consolidate recent good form, while other sides were attempting to turn things around prior to the festive break. Let’s take a look at five things we learned from Gameweek 17 in Spain.

Getafe lasting the pace so far

Madrid outfit Getafe extended their winning run to five in a row in all competitions and are in fourth place after Sunday’s 2-0 home win against Real Valladolid. Goals from Marc Cucurella and substitute Ángel Rodríguez ensured victory for ‘Los Azulones’ who are on 30 points, a point ahead of Atletico Madrid who lie in fifth at the end of the weekend’s play.

Getafe’s direct style of play under manager José Bordalás is effective and the club, which plays in the Coliseum Alfonso Perez, will be hoping to maintain their current form and qualify for next year’s Champions League, something they almost achieved in the last campaign.

These are exciting days for Getafe, who were this week paired with Ajax in the last 32 of the Europa League.

Current manager Albert Celades had a difficult settling in period at the Mestalla after replacing Marcelino, who lost his job at the beginning of September. The transition was initially difficult with Valencia drawing a number of fixtures.

Los Ches have lost once in all competitions in their last ten outings since the 30th of October, winning 6 of those games and lie in 7th position in the table after Sunday night’s 1-1 home draw with Real Madrid.

Valencia can feel hard done by they did not manage to take all three points from the game with Los Blancos. The home side led 1-0 heading into the 95th minute of injury-time courtesy of a well taken Carlos Soler goal in the 78th minute. Karim Benzema scrambled an equaliser from a Toni Kroos corner to level the game at the death, but the home side were more than full value for the point they gained.

Celades’ side drew Atalanta in the last 16 of the Champions League, and will approach that tie with confidence provided they have a fit squad to pick from.

Despite having only 27% of the ball against Julen Lopetegui’s Sevilla side, Villarreal picked up three valuable points on the road at the Ramon Sanchez-Pizjuan.

Goals from centre-half Raúl Albiol in the 13th minute and Cameroonian substitute Karl Toko Ekambi in the 74th minute ensured all three points went to the possession-starved away side. Sevilla had drawn level in the 61st minute through Munir El Haddadi, but Ekambi’s goal saw Villarreal over the line.

The Yellow Submarine managed to arrest a slide down the table which had seen them go without a win for six league games, their last one coming against Alaves at the end of October. Javier Calleja’s side will hope to return to their healthy early season form and yesterday’s away win may just be the catalyst.

Cazorla and five other top performers in La Liga this season

Real Madrid battled gamely in Sunday night’s away draw at the Mestalla against Valencia. While never in command throughout the 90 minutes, persisted they did and were rewarded with a late Karim Benzema equaliser to tie the game at one a piece.

The form of Uruguayan midfielder Fede Valverde has been a massive plus for Zinedine Zidane’s side in recent weeks, as has the scoring threat carried by Karim Benzema, who now has 12 league goals to his name. Real Madrid will surely be heading to Barcelona in confident spirits.

19 – Thibaut Courtois has saved 19 of the last 21 shots on target he has faced for Real Madrid in LaLiga (90.5%). Giant. #ElClásico pic.twitter.com/NUYPhoKB5c

The Catalan club drew 2-2 away to Real Sociedad on Saturday in what was a largely mixed performance. An early penalty despatched by Mikel Oyarzabal had the Basque side in front on 12 minutes.

Quick fire strikes either side of half time from Antoine Griezmann and Luis Suarez had Barcelona in the lead before Swedish striker Alexander Isak equalised for La Real in the 62nd minute following an error from goalkeeper Marc-André Ter Stegen.

Strong performances from Gerard Pique in defence, Luis Suarez in attack – who scored one and assisted Griezmann for the Frenchman’s 39th minute goal – were positives for Barcelona on the day.

Possible headaches for Ernesto Valverde heading into Wednesday’s clash with Real Madrid will be how best to organise his midfield with Sergio Busquets, Ivan Rakitic and Frenkie de Jong all starting on Saturday. Real Sociedad broke the lines on quite a few occasions and this is an area of the pitch where La Blaugrana will need to improve.

Barcelona and Real Madrid are both on 35 points and are approaching Wednesday’s game in good form, making the encounter all the more intriguing.

Read: La Liga team of the week for Jornada 17