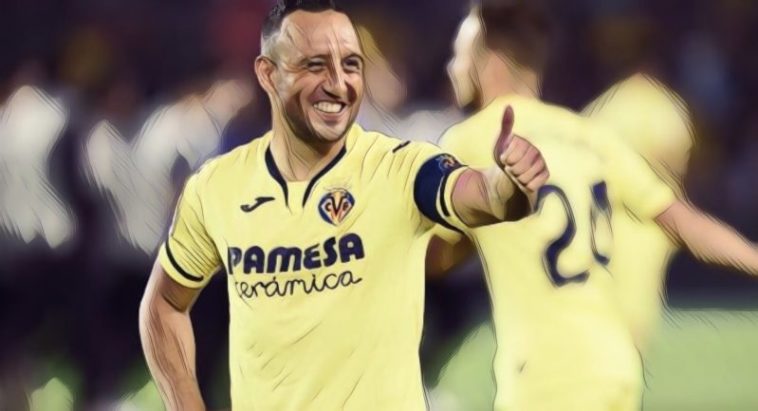 A thrilling opening to the season in Spain’s top flight has eternal rivals Real Madrid and Barcelona level at the top, whilst a series of surprise packages have also impressed with Real Sociedad pushing with Getafe for a place in next season’s Champions League.

We’ve decided to profile some of the top talents of Spanish football, with a look at five of the top performers in La Liga so far this season…

Barcelona are currently embroiled in a tight title race with Real Madrid, and the Catalan’s hopes of being crowned champions of Spain for a third year in succession will rest largely on the diminutive Argentine’s shoulders.

A record sixth Ballon d’Or came the way of the 32-year-old at the recent ceremony in Paris, Messi’s status as the planet’s best and habit of making the extraordinary ordinary seemingly showing no signs of slowing down just yet.

10 – With only 10 @LaLigaEN games for @FCBarcelona this season, Lionel Messi is the player with the most:

The Real Madrid forward has spent much of the past decade living in the shadow of more illustrious names at the Bernabeu, though the French forward has since taken on a starring role since the departure of Cristiano Ronaldo to Juventus just over a year ago.

Benzema responded to Ronaldo’s departure with his best goalscoring year for seven seasons last term, whilst he has begun the new campaign in similar fashion, netting 11 goals in 14 La Liga appearances to lift Zinedine Zidane’s side top of the division on goal difference.

Second in the league for both goals scored and created, Benzema is the indispensable focal point in a new era for the capital club.

Another game, another goal, another assist. @Benzema is on fire 🔥 pic.twitter.com/l7XhZ3LtYW

One of the feel-good stories of Spanish football over the past 18 months, former Arsenal midfielder Santi Cazorla has enjoyed a renaissance in his homeland after an injury nightmare.

Cazorla’s footballing career had been under threat following two years on the sidelines with an ankle problem, undergoing eight surgeries and contracting an infection that ate away at his Achilles tendon.

He would make his return last season and shone for Villarreal, scoring four times and providing ten assists last season, and has already bettered that goal tally this season (5) while registering four assists.

The 34-year-old’s performances have been so impressive that he has earned a recall to the Spain squad, scoring his first international goal in four years during the win over Malta last month.

It has been some recovery for a player once told he should just be satisfied to walk again.

Lionel Messi scored more goals (30) and was directly involved in more goals (38) than any other player in LaLiga in 2019.

The most assists? Santi Cazorla with 10. pic.twitter.com/gpmz6U0k5P

It may have taken some time, but Martin Odegaard is beginning to show why he was regarded as one of world football’s hottest properties when Real Madrid won the race to sign the then 16-year-old four years ago.

Loan spells in Holland followed, but the Norwegian is now flourishing on loan at Real Sociedad, playing a key role in their rise into the top four and leading many to tip the youngster as the heir apparent to Luka Modric at the Bernabeu.

Possessing the ability to link midfield and attack, Odegaard’s ball carrying abilities have shone through during regular football in Spain’s top flight, the 20-year-old having also contributed three goals and four assists.

No player has won more possession in the final third more times than the midfielder, whose willingness to press will likely appeal to the ever demanding Real Madrid fans upon his return to the club.

Replacing Modric will be no easy task, but Odegaard is showing he could be capable.

No player has assisted more shots than Martin Ødegaard in La Liga this season.

Another player impressing for Real Sociedad, the Spanish youngster has been a key figure in the club’s push towards the Champions League places.

Still just 22-years-old, Oyarzabal has carried on from where he left off in the past two seasons, playing predominantly down the left-hand side and bringing a goal threat to the Sociedad forward line.

Five goals and four assists have come in 16 La Liga appearances so far, the winger looking on course to reach double figures in the league for a third consecutive season.

Previously linked with moves to Manchester City and Bayern Munich, the vice-captain is likely to attract further interest if he maintains this level of performance.

Another former Premier League star enjoying a new lease of life back in Spain, ex-Arsenal and West Ham forward Perez has starred for Deportivo Alaves since returning to La Liga.

Last season’s surprise package have struggled somewhat more this time around, though their fortunes would undoubtedly be worse if it were not for the contribution of striker Perez.

The 31-year-old has scored eight times in 12 La Liga starts, including breaking a 65-year club-record by scoring in seven consecutive matches.

His tally of goals accounts for 47% of Alaves’ team total, his £2.2m fee proving to be a bargain over the first half of the season.