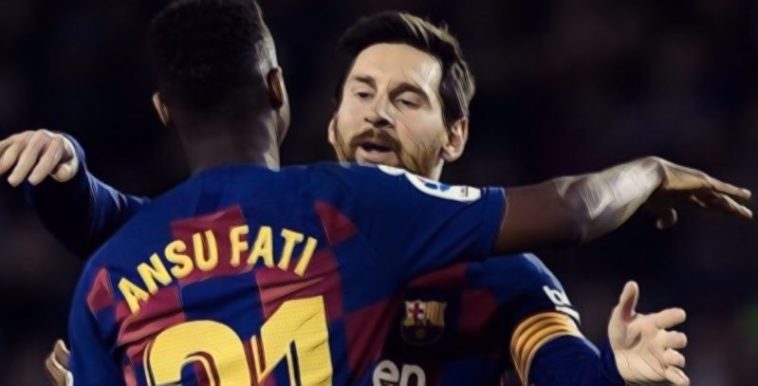 Some wonderful attacking performances in La Liga this weekend, with 22 goals scored in total.

We have decided to go for a 4-3-3 formation, to try and give game time to those who lit up the weekend’s games in an attacking sense.

Diego Simeone’s side had their chances, more so in the first-half, but Courtois was up to whatever Los Rojiblancos threw at him, to ensure Real Madrid kept another clean sheet and more importantly had their fourth consecutive league victory.

The Zamora trophy awarded to La Liga’s best goalkeeper could well go to either Madrid side, with Courtois currently out in front having conceded just 13 league goals, while Jan Oblak will be hoping to retain the award having conceded 15.

The 31-year-old Uruguayan was instrumental in helping his side to an impressive 2-0 victory away to Athletic Bilbao.

Suarez opened the scoring in the first-half and was a threat down the right-hand side throughout the game.

Jose Bordalas’s side are up in to third place after the weekend, level on points with fourth placed Sevilla.

Real Valladolid picked up a valuable three points on the road at the weekend, beating Real Mallorca 1-0, thanks to an Enes Unal goal.

That’s four league goals for the Turkish striker and sees Sergio’s Castille and Leon based side move comfortably away from the relegation placings.

A strong showing in defence by Mohammed Salisu, the 27-year-old Ghanaian helped keep the Mallorca attack at bay, the same team who had put four past Valencia in their previous home game.

Salisu was a steadying influence in the heart of the Valladolid defence and helped his team collect all three points on Saturday.

A magnificent turnaround in Sunday’s early game as Leganes came from behind to defeat Real Sociedad 2-1.

The winning goal coming from a last-minute free-kick, which was expertly dispatched by Oscar Rodriguez, to give Lega a much needed victory.

Javier Aguirre’s side drew level at the start of the second-half when defender Kenneth Omeruo finished from a corner to get his side back in the game.

The 26-year-old Nigerian was a commanding presence in the heart of the Lega defence, his goal a bonus in an impressive all round display.

The 24-year-old Spanish full-back was an attacking threat in Saturday night’s 1-0 home win against a very competitive Celta Vigo side, who will count themselves unlucky they didn’t at least get a point at the Mestalla.

Gayá linked up with Carlos Soler constantly on the left-hand side and has been an attacking outlet for Valencia all season.

Two wins on the bounce for Los Che who are in fifth position, two points adrift of Sevilla and Getafe.

A goal and an assist for the 35-year-old gets him in the side this week. Villarreal were made to work for the three points against an Osasuna side who created a number of decent scoring chances themselves.

Paco Alcacer recently signed from Borussia Dortmund also got on the scoresheet, in a victory which moves Javier Calleja’s men up to seventh.

Cazorla has eight goals and five assists to his name so far this season, impressive numbers for a player in the twilight of his career.

Four goals and two assists for the 23-year-old Spaniard in this campaign so far, a goal and an assist in Saturday’s 2-1 home win against Espanyol.

In a game where the visitors dominated possession for large parts of the game, Fernandez turned the game on its head when setting up Darwin Machis to equalise Raul de Tomás opener for the Catalan side and then put the home side ahead just after the break.

Espanyol will feel they should have got at least a point from the game and will be hopeful of moving up the table if they can maintain their recent good form.

Two assists from Messi to play in Ansu Fati, the first a classic defence splitting pass from the half-way line, had Barcelona two goals to the good at the half-time break in Sunday night’s 2-1 home win against Levante.

14 goals and eight assists from the 32-year-old Argentine so far in La Liga, Quique Setién will hope Messi can continue this impressive form if Barca are to keep pace with leaders Real Madrid.

The importance of Messi to the Nou Camp side is now more pronounced then ever, particularly with Luis Suarez sidelined long-term through injury.

Messi still seems more than capable of taking up the challenge, for now at least.

What a weekend for the 17-year-old who hails from Guinea-Bissau. Two goals in the 2-1 victory against Levante to help close the gap on Real Madrid to three points.

Four goals and an assist in only six starts is a wonderful contribution from Fati, who will surely get more game time as Barcelona strive to maintain a title challenge with their rivals at the Bernabeau.

The teenager has shown he can either play on the left or the right of the attack and more importantly has produced straight away, hitting the ground running when given a chance,  which is great news for his new manager.

A neat finish from the French striker gave the home side a vital 1-0 victory against Atletico Madrid in Saturday’s Madrid derby encounter.

Benzema moves on to 13 goals in La Liga, one off Lionel Messi, in what has been a promising season for the 32-year-old forward.

That being said, Saturday’s goal was his first league goal since he equalised away at Valencia in the middle of December.

The 31-year-old Spanish forward led the line superbly in Los Azulones 2-0 victory away in San Mames against Athletic Bilbao, battling all day with a strong Athletic defence and also getting on the scoresheet, dispatching a penalty at the beginning of the second-half.

Mata has scored seven league goals for José Bordalas’s side who are hoping to go one better than last season and qualify for the Champions League, which they just missed out on last time round.

Three wins in a row for Getafe, marrying hard work and good attacking play, led by Jaime Mata up front.