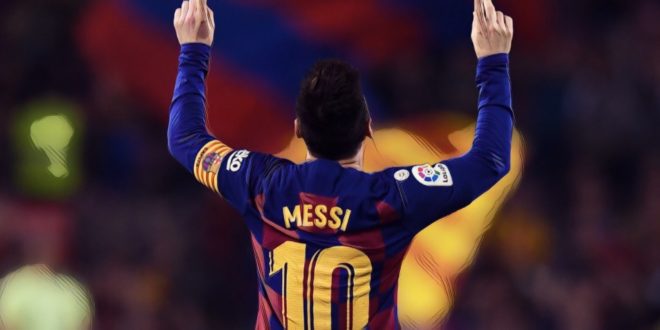 As La Liga heads into the second-half of the season, Jornada 20 threw up some impressive showings from some of the players who don’t play for the more established or high-profile clubs.

We have gone for a 3-1-4-2 system for our Team of the Week, as a nod to Quiqué Setien’s preferred formation for his first game as Barcelona head coach at the weekend.

The 31-year-old Spanish goalkeeper was in fine form as Valladolid earned a valuable point on the road at Osasuna this weekend.

Los Pucelanos are now in 15th position in the standings after the weekend’s play and can thank Masip for keeping out an Osasuna side cheered on by the vocal El Sadar crowd.

That’s three consecutive draws for Valladolid which means they are just about keeping their distance from the relegation zone.

The Uruguayan right-back more than played his part in Los Azulones impressive 3-0 away victory at Leganes in the South Madrid derby on Friday night.

Suarez assisted the first goal, swinging over a short corner from the right for Leandro Cabrera to head home after 12 minutes.

That’s four assists for Suarez in the league this term, a good return from the full-back.

More importantly, Jose Bordalas’s side are now in fifth position on 33 points, two adrift of Atletico Madrid and Sevilla in the Champions League placings.

Laguardia was central to Alavés repelling the Levante attack in Saturday afternoons 1-0 away win at the Estadi Ciutat de Valencia.

Deportivo claimed all three points when Aleix Vidal finished off a quick counter-attacking move after being assisted by Joselu.

Asier Garitano’s side used the counter-attack to great effect on Saturday and could have had more than just the one goal to show for their efforts, had they been sharper in front of goal.

The Basque side are in 14th position after the weekend.

The Argentinian centre-back was imperious at the back for the home side in a well-deserved 2-0 victory against Atletico Madrid.

Burgos who signed from Second Division side Alcorcón in the Summer has had a frustrating start to his time at Ipurua through injury but got Eibar’s first goal in Saturday night’s game.

The Basque-based side were much the better team in the first-half and had Atleti under pressure at times early on.

They then defended well, with Burgos to the fore, in the second period when Diego Simeone’s side started to get a foothold in the game.

The 27-year-old Brazilian scored both Real Madrid goals in a 2-1 home victory at a wet and windy Bernabeau on Saturday afternoon.

Casemiro opened the scoring just after the break for Los Blancos when coolly lifting the ball over Tomas Vaclik in the Sevilla goal after a sublime back-heel assist from Luka Jovic.

The midfielder also scored the deciding goal in the 69th minute, heading home from a Lucas Vazquez cross.

A goal and an assist for the Spanish midfielder in a surprisingly comprehensive 4-1 home win against Valencia.

Rodríguez assisted Ante Budimir to make the scoreline 2-0 on 22 minutes and the striker repaid the compliment to set-up the 31-year-old midfielder to claim Mallorca’s fourth and final goal, Rodríguez drilling a shot past Domenech in Los Ches goal.

Mallorca are in 17th position, outside the relegation placings for now and this result has also helped their goal difference as the Islanders bid to stay in the top flight.

The 23-year-old midfielder scored the second goal in the home sides 2-0 victory against Atletico Madrid.

Eibar were under pressure from Los Rojiblancos until Expósito put the tie to bed, with a crisp strike from outside the penalty area which gave Jan Oblak no chance in injury time at the end of the game.

Just six points separate Eibar in 16th position on 22 points and Villarreal who are in 9th place on 28 points, proving how tight things are in the middle third of La Liga.

A strangely straightforward 3-0 home win for Real Betis against Real Sociedad on Sunday, helped in no small way by the performance of Sergio Canales for the home side.

Canales crossed for Borja Iglesias to head home the Betis opener after 27 minutes, a deserved lead after the Sevilla based side had started the game on the front-foot at the Estadio Benito Villamarín.

Crowd favourite Joaquín made it 2-0 for the home side just before the break and Canales capped a fine display by grabbing the third deep in injury time to secure all three points for Los Verdiblancos, which sees them in 11th position after the weekend.

The 26-year-old Brazilian opened the scoring for the Galicia-based side, who picked up a valuable away point at San Mames against Athletic Bilbao, the game finishing one a piece.

Celta took the lead when Iago Aspas squared it to Rafinho and the midfielder’s left-foot strike found the corner of Iago Herrerín’s net.

Raul García levelled for Athletic from the penalty spot in the 76th minute, Celta then had to hang in there to claim the point and were also grateful to goalkeeper Ruben Blanco for keeping the home side at bay.

Lionel Messi scored the only goal in the home win against Granada in Sunday night’s final game of Jornada 20.

The Argentine finished off neatly into the left corner after good interplay between Antoine Griezmann and Arturo Vidal in the 76th minute.

While not hitting the heights of previous displays, Messi was involved in most of the quality offensive play created by Barca and was a threat throughout.

14 goals and six assists for La Pulga in La Liga up to this point in the current campaign.

The 28-year-old Croatian was twice on the scoresheet in the first-half, in the 4-1 home victory against Valencia.

Budimir’s second goal was a quality left-footed finish which made the scoreline 3-0 at half-time. The striker set-up Dani Rodríguez to claim Mallorca’s fourth goal, but Budimir then somehow managed to miss a tap-in near the end for his hat-trick.

Eight goals and an assist for the Mallorca number 22 in La Liga so far.