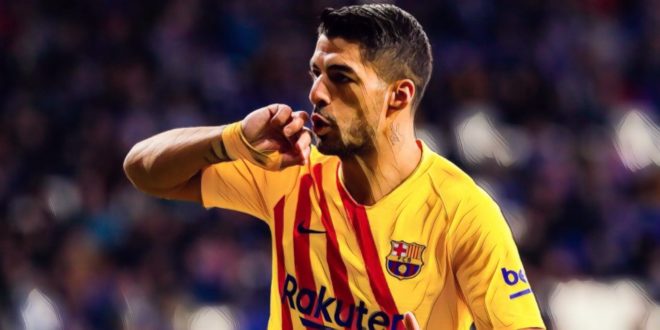 In the first round of fixtures after the Winter Break, there were some impressive performances throughout the league.

We have decided to go for a 4-3-3 formation in a bid to give more of the attacking-minded players a jersey in our La Liga Team of the Week.

Oblak gets the nod for his two vital interventions to keep out two late Levante efforts on Saturday night, therefore ensuring Atletico held on for a 2-1 win and started the New Year with all three points.

Oblak has been in fine form since the start of the campaign and showed no lack of sharpness after the break at the weekend.

Trippier is fast becoming a fan favourite at the Wanda Metropolitano.

The former Tottenham full-back was again at his industrious best at the weekend, solid defensively and forever making himself available to receive the ball out wide when Atletico attacked.

Trippier cushioned a lovely ball into Angel Correa’s path to set-up Atleti’s first goal and was an attacking threat throughout.

The French defender was a commanding presence at the heart of the Real Madrid defence on Saturday.

Los Blancos were without Sergio Ramos for the trip to Getafe but Varane stood up and was solid from start to finish.

The 26-year-old also got on the score sheet, heading home his side’s vital second goal at the beginning of the second-half.

The 23-year-old French defender was a standout performer at the heart of the Valencia defence in the 1-0 home win against Eibar on Saturday.

The former Lyon defender has played five times so far this season in La Liga and will hope to cement his place in Los Ches defence for the second-half of the season.

Diakhaby has featured at underage level for France and will be hoping to push on at senior level for Les Bleus with the European Championships looming on the horizon.

In what was another strong defensive performance from the Basque side, Yuri performed well on the left-hand side for Los Leones.

The 29-year-old Basque-born player who was on Tottenham’s books earlier in his career and has played for PSG, was instrumental in frustrating the Sevilla attack in Friday night’s game.

The defensive pairing of Yeray Alvarez and Inigo Martinez were also in good form in the Ramon Sanchez-Pizjuan at the weekend where the Bilbao-based side shared the spoils with Sevilla.

The 32-year-old Brazilian defensive midfielder was instrumental in getting Sevilla back on the front foot in what was a tough start to the New Year for Julien Lopetegui’s men.

Sevilla grew into the game in the second-half and Fernando was key in gaining a stranglehold in the middle of the park.

Fernando is not dissimilar to compatriots Fernandinho at Manchester City and Fabinho at Liverpool, in that he is effective at breaking up play and passing to the more creative players in midfield.

The Villarreal midfielder played an important role in getting his side back into contention away to Real Sociedad on Sunday afternoon.

The away side trailed 1-0 at the break at the Anoeta before Trigueros got them back in the game.

The 28-year-old showed good composure to convert a penalty kick on 58 minutes after a VAR check which exceeded the normal VAR check timeframe for contentious decisions, which is already quite a long time!

Villarreal went on to claim all three points with substitute Santi Cazorla scoring the winner.

Trigueros has featured for Javier Calleja’s side six times this season and has two assists as well as yesterday’s goal in his account at the halfway mark of the campaign.

The Valencia captain was in good form in Saturday’s early kickoff at home to Eibar.

The Mestalla fan-favourite controlled the midfield in a game which Valencia had solid performances also from Daniel Wass at right-back and goalscorer Maxi Gomez ahead in attack.

Valencia have won three and drawn two in their last five outings and can look to the second-half of the season with confidence in their quest to claim an automatic Champions League spot.

Albert Celades’s side are currently in sixth position in the table.

Two goals and two assists in the last three La Liga outings for the 24-year-old Argentine.

With Atletico struggling to find the net this season this recent positive contribution from Correa is a big boost for Diego Simeone’s men.

Correa played the full 90 minutes on Saturday evening and opened the scoring with a smartly taken right-footed finish after being set-up by Kieran Trippier.

The attacking midfielder was a threat all night, he almost scored again in the second-half and was busy throughout.

Correa has always put a shift in and never lacked effort but he now is showing signs that he can finish and make a significant contribution in the final third which is crucial for Simeone’s men.

Another goal and an assist for El Pistolero away to Espanyol on Saturday night.

The assist for Arturo Vidal’s headed goal was absolutely quality technique from Suarez and his finishing ability had his team in a commanding position a quarter of an hour into the second-half.

11 goals and seven assists for the Uruguayan in La Liga at the halfway point of the season.

Ernesto Valverde will be hoping his number nine stays injury-free and maintains his discipline in order for the Catalans to challenge for major honours this season.

The 22-year-old bagged a brace for himself and more importantly his team in a 2-2 home draw against Leganes on Friday night.

A near post tap-in to equalise on eight minutes and a fantastic looping header on 79 minutes to draw the home side level were vital interventions from the Turkish striker.

Valladolid, in 14th position in La Liga, can count themselves somewhat fortunate to get a point from a game in which Leganes who are second from bottom did more than enough to take the spoils.

The Castille and León based side have scored only 17 times this season and will need Unal who is on three goals for the campaign to continue to find the net if they wish to remain out of relegation trouble.