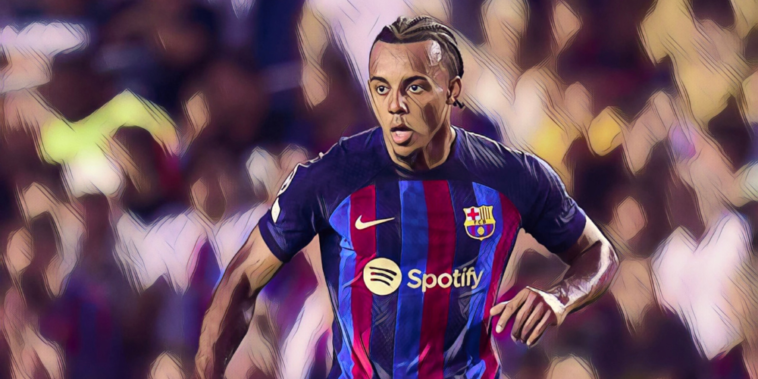 Jules Kounde has revealed that he was close to joining Manchester City, but says a move to Barcelona was an ‘easy choice’.

Kounde was linked with a transfer to the Premier League with both Manchester City and Chelsea interested in a deal for the defender, who impressed in Spain after signing for Sevilla.

The 23-year-old has revealed that he held conversations with Pep Guardiola following his debut season in La Liga, with the City manager calling Kounde to discuss a potential move to the Etihad in 2020.

”Yes,” he told Spanish outlet El Pais when asked if he was close to joining City. “In my first year at Sevilla he [Guardiola] called me. He told me that he loved me and that he thought I would fit the way he played.”

The France international opened up on his conversations with Guardiola and Barcelona boss Xavi, revealing how both coaches had detailed plans for the defender should he join their club.

“I talked a lot about football with both of them,” said Kounde. “And that’s what I like. The first thing, in the conversations I had with them, I realised that they had both seen me play. They knew my capabilities perfectly. They didn’t talk just to talk. They were very precise conversations.”

Kounde was strongly linked with a move to Chelsea this summer, but ultimately signed for Barcelona in a €55m deal during, as part of a rebuild that included the arrivals of Robert Lewandowski, Raphinha, Franck Kessie and Andreas Christensen. The Catalans have endured a period of decline in recent seasons, but Kounde believes Barcelona remain ‘a club able to attract anyone’ and insists it was an ‘easy choice’ to move to the Camp Nou.

“Barca is still a club able to attract anyone, and the manager was very important too,” said Kounde. “He gave me a lot of confidence and I liked his way of approaching football. It was an easy choice for me because he gave me all that I was looking for.”