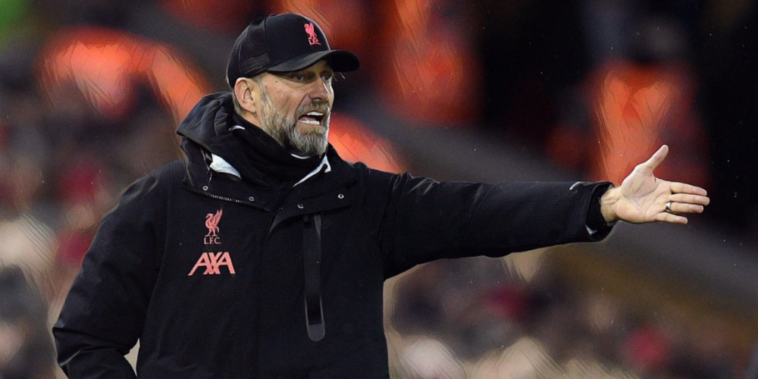 Jurgen Klopp has ruled out further signings at Liverpool this month and has provided an update on the fitness of Darwin Nunez and Roberto Firmino.

Liverpool improved their options in the final third with the signing of Cody Gakpo from PSV Eindhoven earlier in the transfer window, but have been linked with additions in midfield after a disappointing start to the season.

Klopp believes more signings are unlikely for the Reds in January however, and said ahead of this weekend’s trip to Brighton that his focus is on improving results with the current squad.

“I don’t think so,” Klopp told his pre-match press conference on further signings.

“My job is to use the boys we have. That’s it. You can not solve all problems in a transfer window.

“It is like it is. I’m not there constantly, my job is to use the boys we have. Up front we don’t have five options and if we do, they are very young.

“In a dream land, you would buy players, but I don’t see that coming.”

Klopp appeared frustrated when asked again about transfers and said the winter window was not the solution for Liverpool at this time.

🗣️ “I don’t think so, it’s just the situation that it is. My job is to use the boys we have. You cannot sort all problems in the transfer window.”

“Come on, do I need to tell you again the money story? Why ask the question? We just have to get through until the boys come back (from injury). The transfer market for us in this moment is not the solution.

“I think I’ve had 6,000 press conferences at Liverpool. If you want to write about this…come on.”

Darwin Nunez is a doubt for the clash with Brighton with a hamstring injury and Klopp confirmed the forward would be assessed ahead of the fixture. James Milner has returned to training, but Roberto Firmino remains out.

“If he doesn’t train today, he’s ruled out. We will wait and see,” Klopp said on Nunez.

“James Milner trained yesterday, and will train today. Roberto Firmino will not. Stefan [Bajcetic] had a bump on the hip, which was uncomfortable, but he is back in training.”

Klopp confirmed that Firmino – who has not featured since the season’s restart – had suffered a setback in his recovery from injury.

“It was a little injury at first, estimated 10 days to two weeks and then Bobby felt something again so that’ll be longer. He is not close to team training.”